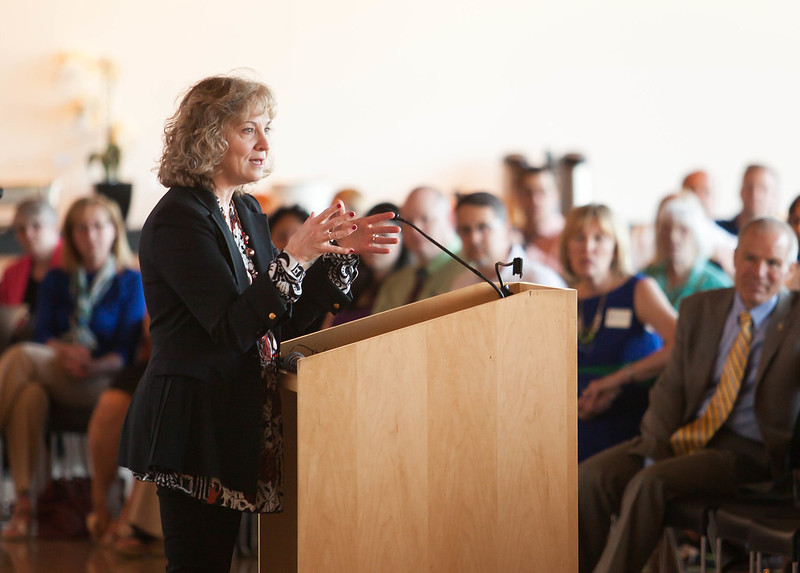 The State Board of Education passed several resolutions on Wednesday aimed at undermining the role of the Schools Superintendent. The current Superintendent is Glenda Ritz, a Democrat who defeated incumbent Republican Tony Bennett with 53 percent of the vote in 2012. She has faced a number of roadblocks throughout her tenure.

The latest attempt at diluting Ritz’s authority came at a Board of Education meeting this week. According to the Fort Wayne Journal Gazette, “one [of the resolutions] gives the board approval of some items in a federal accountability waiver, while another starts a process to alter board procedures to curb Ritz’s authority.”

The accountability waiver is part of the federal No Child Left Behind law. The US Department of Education found issues with the state’s monitoring of failing schools, teacher and principal evaluations, and community outreach. Under the waiver, the state’s schools are given flexibility on how they can spend federal education money. Without it in place, the state could lose as much as $200 million a year.

Ritz accused the Center for Education and Career Innovation (CECI) of undermining the state’s waiver, jeopardizing hundreds of millions of dollars in the process. The CECI submitted a lengthy critique of the waiver to the US Department of Education, an unusual move by a state agency.

“It doesn’t surprise me the CECI did a critique. They critique my office daily,” Ritz said.

CECI is an agency created administratively by Republican Governor Mike Pence. Democrats say that the CECI serves a redundant role and was only created to undermine the work of the Department of Education, which Ritz heads. If the waiver is rejected and the state loses money, Ritz could face the scorn of voters.

“I have said from the start that I am a strong proponent of renewing and extending our waiver. Unfortunately, the Governor-appointed State Board of Education and his separate education staff appear determined to undermine our work,” Ritz said in a statement.

House Minority Leader Scott Pelath (D-Michigan City) said that the “monthly power grabs” are “getting beyond tiresome.” Pelath was critical of the Board of Education, which he says “will continue to pick away and pick away until there is no way for Hoosiers to have a say in the way their children are educated.”

Meanwhile, former State Superintendent Tony Bennett was fined $5,000 this week as part of an ethics investigation. In a settlement with Indiana’s inspector general, Bennett admitted to using public resources for his political campaign. According to the Associated Press, “Bennett says his state and campaign staffs coordinated daily scheduling at his Statehouse office and used state equipment. He also states that Republican campaign fundraising lists were collected by his Statehouse staff in January 2013.”

Bennett was forced out as Florida’s state schools chief last year after emails revealed that he changed a charter school’s grade to benefit a Republican donor. The school’s grade was changed from a “C” to an “A”.

Bennett was the architect of a plan that drastically reshaped Indiana’s school accountability system to include an A-to-F rating system. State funding is based partially on a school’s ratings. Low-rated schools also risk state takeover.

“They need to understand that anything less than an A for Christel House compromises all of our accountability work,” Bennett wrote in an email exchange with his then-chief of staff Heather Neal, who became the chief lobbyist for Governor Pence. Neal resigned after the emails surfaced last August.