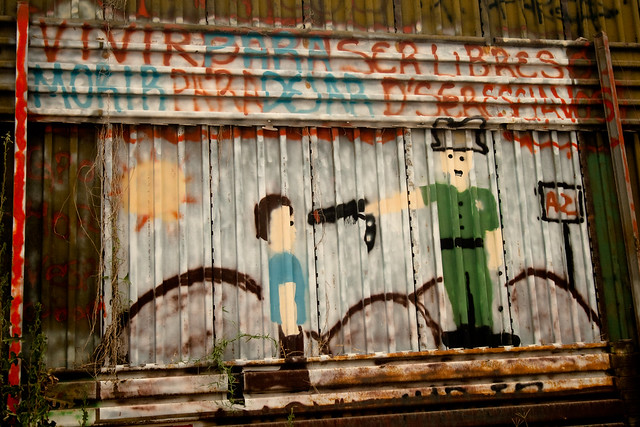 The crisis on the border has renewed debate over immigration policy. Should the government treat as refugees the children fleeing to the United States from their violent Central American homeland — or should they be returned home? For its part, the White House went on record today saying that they would not deport youth if doing so would put their lives at risk.

“These children and other immigrants who are attempting to enter the country without documentation will go through the immigration process, and that means their claims of asylum will be considered by an immigration judge and by asylum officials,” White House Press Secretary Josh Earnest said during today’s press briefing, discounting the possibility of a sped-up deportation process.

Earnest emphasized the rights of the children seeking residence in the US.

“We have said from the beginning that we are going to respect the basic due process to which these individuals are entitled,” he said. “That continues to be true, and that is part and parcel of the law that we’re enforcing.”

“We are not a country that should turn children away and send them back to certain death,” O’Malley said at the National Governors Association on Friday.

O’Malley’s comments were in contrast to former Secretary of State Hillary Clinton’s comments to CNN in June. Clinton said at the time that the US should “send a clear message: just because your child gets across the border doesn’t mean your child gets to stay.”

National media has documented the deplorable conditions that the children are facing. One 4,900 square foot detention facility in Texas — the size of a large house — near the Mexican border was built to hold only 250 people. It is instead well past its capacity with over 800 migrant children.

“In Arizona, most were corralled behind chain-link fences topped with razor wire, huddling for warmth on plastic mats under flimsy metallic Mylar blankets,” the Los Angeles Times reports. “A television was suspended from the ceiling. Banks of portable toilets served as sanitary facilities. Beside a recreation area, a camouflage tarp had been strung up to shield temporary showers.

President Obama has requested $4 billion in emergency funds to expedite the processing of the tens of thousands of immigrant children who are currently in the care of the Department of Health and Human Services. Nearly 50,000 unaccompanied immigrant children have been caught attempting to cross the US-Mexico border since October. The migrants have reportedly heard inaccurate reports that US law allows children to stay in the country.

Current law does not provide a pathway to citizenship for undocumented immigrants of any age. The vast majority of immigration to the US requires a family or work sponsor. Family sponsorship gives priority to immediate family. Work sponsorship gives priority to “persons with extraordinary ability,” “outstanding professors and researchers,” and “multinational managers or executives.” Second preference goes to professionals with advanced degrees. Average workers without familial connections have virtually no chance of legal immigration to the United States.