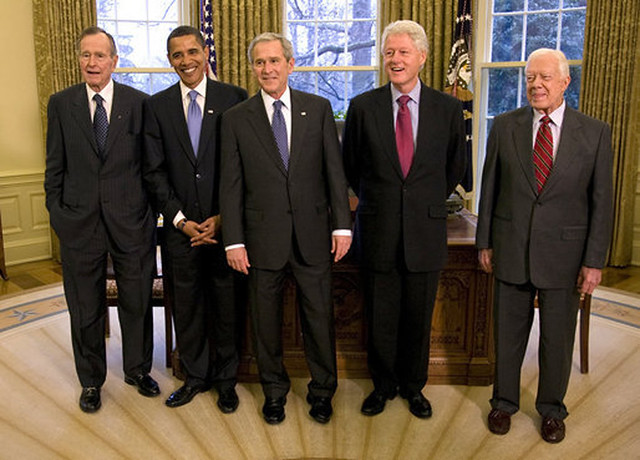 Symbolism often gets dismissed out of hand as irrelevant. Take for example, the GOP’s over fifty attempts at repeal or modification of the Affordable Care Act in whole or in part, or President Obama’s push for an increase in the minimum wage that will likely never get a vote in the Republican-controlled House of Representatives. These political symbols display the priorities that each party places on any number of issues.

But symbols carry more than just literal meaning — they express our values and signal either societal acceptance or lack thereof. That’s why the election of the first black president, or the first gay football player to come out in the NFL, were symbolically important events. They carry weight beyond just words or actions. They change people’s thought processes.

Sometimes symbolism can be a pointless endeavor and serve more as a political tool than anything else. Other times, they are extremely powerful. I use the election of Barack Obama as an example since — regardless of your political affiliation — there is little doubt that he has served as a positive role model for children across this nation, particularly children of color. A young student of color — not just black but Latino or Asian as well — can look up at the highest office in the land and confidently say “I can be president someday.”

That’s a powerful statement. It’s an inclusive statement for a society that has culturally shifted for the better.

Young people struggling with their sexual orientation can likewise find solace in the increasing public acceptance of LGBT equality, something that was just a distant dream only a decade ago. Jason Collins coming out as a gay basketball player last year was met with (mostly) celebratory remarks. His example paved the way for other athletes to do the same.

Michael Sam’s appearance as the first openly gay player in the NFL Draft is a milestone that, while often discounted as merely a sign of changing times, is nonetheless a powerful image for kids and LGBT adults alike. His riveting speech at this year’s ESPY’s was a prime example of the influence that celebrities have on kids. Sam specifically mentioned an encounter with a woman who was considering suicide because she was gay.

“When we spoke, she told me she would never consider hurting herself again, and that somehow my example helped her,” Sam said. “It’s amazing to think that, by just doing what we can, we can all touch, change and even save lives.”

Voters will likely get a second chance to make history in 2016, casting a ballot for the first female president. Hillary Clinton, Elizabeth Warren, or perhaps another rising star will run. In any case, these symbols send an unmistakable signal to women of all ages in America, and around the world — no matter how your culture values you at any given point in time, you matter.