It was a celebration worthy of a king. An electric vibe permeated the south side Chicago stadium, packed to the brim with over thirty-eight thousand strong. Fans gathered hours in advance at US Cellular Field on a beautiful autumn evening to witness a piece of baseball history.

Paul Konerko, the long-time captain of the White Sox, put on his cap and jersey for the final time this weekend.

During an era of unprecedented sports controversies, Konerko epitomizes the best in sports: a quiet warrior whose loyalty to his team and family earned him the respect of virtually everyone in the league. His retirement means that he can now spend more time with his two growing sons and young daughter.

Saturday was dedicated to a man who had become synonymous with the White Sox franchise. An official proclamation of “Paul Konerko Day” was handed down from Illinois Governor Pat Quinn.

The revelry began shortly after the game’s officially scheduled start time. Family, friends and former teammates took the field to witness a man of few words give remarks for the final time as an active baseball player.

Konerko was presented with a series of awards, artwork, and a guitar from Jim Thome. The first baseman — who has played 16 of his 18 seasons with the White Sox — is known for his love of rock music. Metallica lead singer James Hetfield appeared in a video commemorating Konerko’s career. The band’s “Harvester of Souls” is his walk up song. 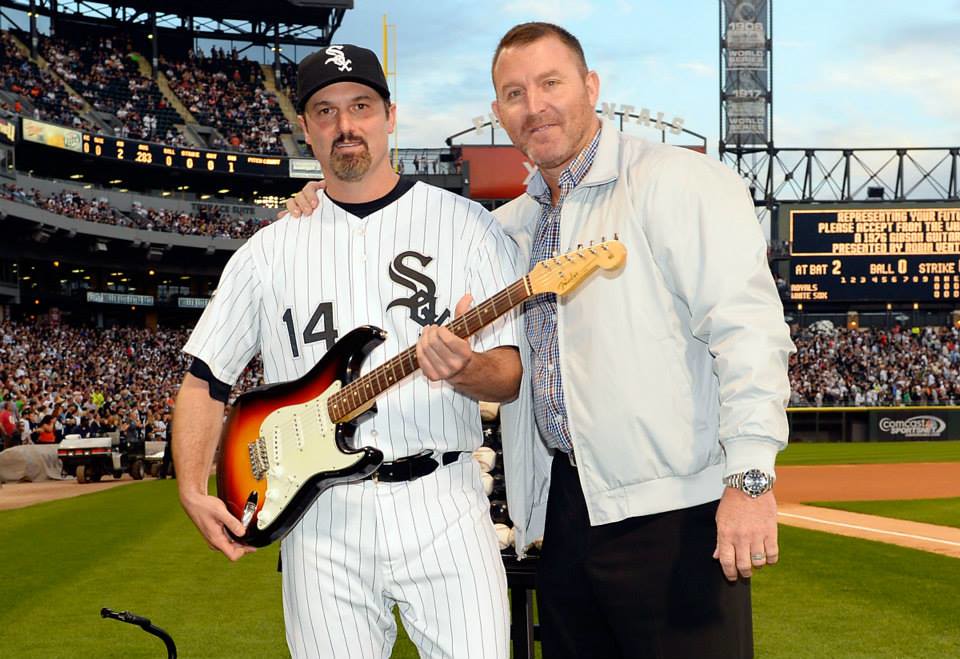 That was not all. A bronze left field statue was dedicated before he even officially retired. Next year, the team plans to retire the number 14 in Konerko’s honor. A large gap exists on the wall where his number will go.

Chris Claeys, a Sox fan who caught Konerko’s grand slam ball from the 2005 World Series, continued the surprises. He returned the ball to Konerko during the on-field presentation.

“I really thought it was the right thing to do,” Claeys said.

After the ceremony concluded, the Sox put on a show of their own, lighting up the score board for their long-time captain. Jose Abreu — the likely MLB Rookie of the Year — slammed a first inning home run to put the Sox up over the Royals 2 to 0. Catcher Josh Phegley stunned the crowd with a pair of home runs — his second and third of the season. Ultimately, the Sox overpowered the Royals with a 5-4 final score, dashing Kansas City’s hopes of overtaking the Detroit Tigers as the AL Central champions.

Konerko was greeted with roaring applause each time that he approached the plate. Loving fans chanted him on with bursts of “Paulie, Paulie, Paulie”. Homemade signs waved in the air as camera flashes enveloped the stadium. 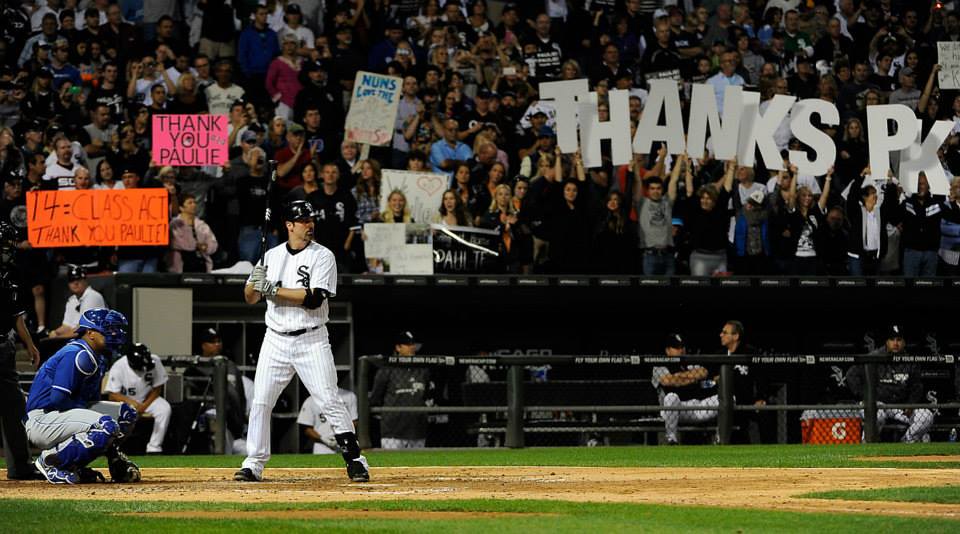 While Konerko did not manage any hits during the night, he goes out as the high class professional that he always has been. Manager Robin Ventura — himself a former Sox star — pulled Konerko out of the game in the 7th inning so that the captain could enjoy one last curtain call.

Konerko was the catalyst of the triumphant World Series run that broke the Sox’s 88 year championship drought. Aside from his World Series grand slam, Konerko also played a pivotal role in the American League Championship Series. Konerko’s two-run homer in Game 3 of the ALCS in Anaheim gave the Sox a lead that they would not lose. Konerko returned the following game with another first inning home run — this one a three-run homer — helping the Sox to win again.

The White Sox’s impressive playoff record of 11-1 was only topped off with sweeps against the previous World Series champions — the Boston Red Sox — in the ALDS, and the Houston Astros in the World Series. The Angels were the only team to post a win against the White Sox throughout the entire post-season.

Konerko’s regular season performance is equally as notable as his playoff contributions. If one word could describe his performance as a player, it would be “consistent”. He was consistently good: year in, year out.

Undoubtedly there will be murmurs of whether Paul Konerko is worthy of the Hall of Fame. He certainly is. His impressive numbers, World Series title, and six-time All-Star status — not to mention his professionalism — are all notches in his resume.

But this day is about remembering a man’s career — and his actions off the field as a professional who kept a low profile and avoided the lime light. A career that is not likely to be matched in a White Sox jersey for some time to come.

The former first baseman now goes into the annals of baseball history as one of the all-time White Sox greats, a quiet and humble man who showed respect for a game that he loves.

We will miss you, Paulie. Thank you for all the years of great baseball!