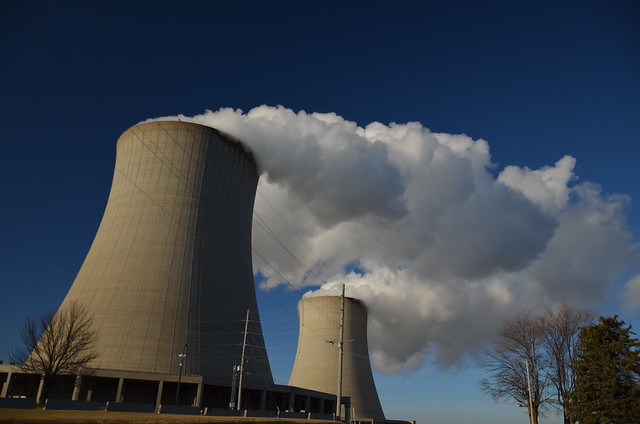 The U.S. Nuclear Regulatory Commission (NRC) is investigating a chemical leak at a uranium conversion facility in southern Illinois.

According to the NRC event report, a leak of radioactive uranium hexafluoride, UF6, occurred at the Honeywell uranium enrichment plant in Metropolis at roughly 8:30 PM on Sunday. No injuries have been reported.

The plant is the only facility in the United States that converts yellowcake uranium into UF6. The chemical ultimately becomes fuel for nuclear reactors.

Conflicting accounts are emerging about the qualifications of the workers who installed the equipment that failed and led to the leak, and about what escaped from the building.

“Members of the public outside the plant reported a cloud emanating from the building for five minutes before the mitigation spray towers were activated by Honeywell staff,” the NRC report states.

A note from plant manager Jim Pritchett posted Tuesday to the company’s website states, in part:

The site experienced an equipment failure in the main production building, which led to a leak of uranium hexafluoride (UF6). The plant’s emergency procedures were followed exactly as prescribed, including the engagement of our comprehensive safety systems. Among these were water cannons, which we used to contain the leak. The mist around the plant was harmless water vapor. Had any UF6 or hydrogen fluoride (HF) [a hazardous gas formed when UF6 is exposed to water] been present and triggered the sensors outside the operations area, alarms would have sounded and we would have evacuated the area.

A Q & A page about the incident on the company’s website adds: “The plant’s water cannons spray very high volumes of water mist into the air to contain any HF formed by the leak. These water cannons were the reason for the water mist around the facility during the incident.”

It is not clear if the mitigation spray towers mentioned in the NRC event report are the same as the water cannons in Honeywell’s explanation.

Honeywell also states that the failed equipment was installed by “qualified external contractors” and not union workers, whom the company states do not have the right training or experience to have installed the equipment.

The United Steelworkers (USW) Local 7-669, which represents Honeywell workers, issued a press statement Monday that the incident is linked to company’s months-long lockout of union workers. Because of the lockout, the union stated, the company “replaced a group of experienced and well-trained workers with temporary laborers who lack adequate experience in dealing with hazardous substances.”

USW Health, Safety and Environment Director Mike Wright said in the statement, “This situation has to end,” adding that the lockout puts “not just employees but an entire community at risk of disaster.”

USW Local 7-669 President Stephen Lech uploaded a video of the vapor being released from the plant, which you can see below: