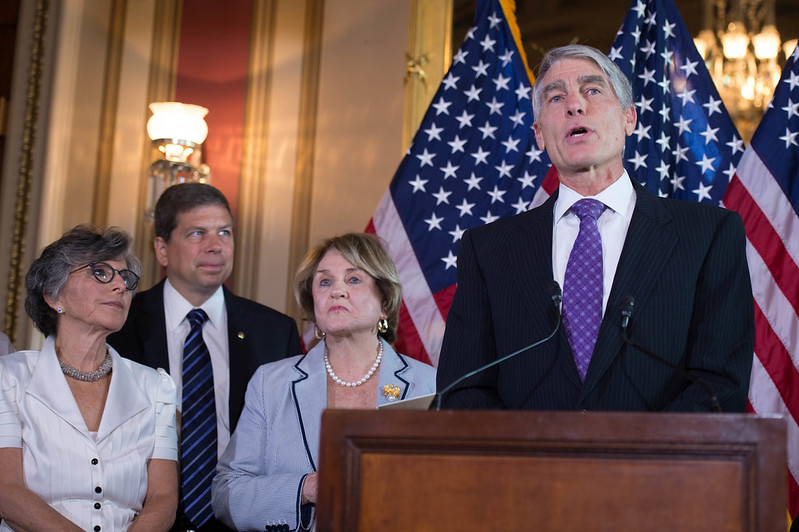 Colorado Senator Mark Udall (D), one of the few congressional dissenters against U.S. government agencies’ secrecy and spying, was voted out of office last week. Now, transparency advocates are urging Udall to exit with a flourish, by using his congressional access and immunity — while he still has them — to expose to the public the Senate’s still-classified report on CIA torture.

Udall sits on the Senate Intelligence Committee behind the report—which the Obama White House is refusing to fully release despite its completion over a year and a half ago and widespread calls for its complete declassification.

“I strongly believe there should be a public and unequivocal commitment from the White House to the fullest and most expedited possible declassification of the Committee’s Study,” Udall declared in March. “Such a commitment is especially vital in light of the fact that the significant amounts of information on the CIA’s detention and interrogation program that has been declassified and released to the American public is misleading and inaccurate.”

As Heather Digby Parton argues in Salon, “The Republicans on the committee have already voted against release of the report and there’s little reason to believe they will change their minds once the majority changes hands in January. Indeed, under the new likely Chairmanship of far right Senator Richard Burr, the whole 6,000 page report is likely to go the way of the Pike Report and will be sealed entirely.”

Transparency advocates say Udall has nothing to lose by taking declassification of the report into his own hands.

“Although the Constitution’s Speech and Debate Clause renders members of Congress immune from executive-branch penalties, the Senate itself has rules that make disclosing classified information punishable by ‘censure, removal from committee membership, or expulsion from the Senate,'” Dan Froomkin reports for the Intercept.

“He can’t get kicked off any committee he won’t be a part of in two months,” writes Trevor Timm, of Freedom of the Press Foundation, for the Guardian. “And he can’t be prosecuted for revealing classified information as a member of Congress.”

“The lame-duck transparency advocate now has a rare opportunity to truly show his principles in the final two months of his Senate career and finally expose, in great detail, the secret government wrongdoing he’s been criticizing for years,” Timm adds.

This would not be the first time a senator has taken such a step. Over 40 years ago, former Alaska Senator Mike Gravel entered over 4,000 pages of the Pentagon papers into the congressional record in the midst of a U.S. Supreme Court ordered injunction on press publication of them. The injunction was soon after lifted.

Now, Gravel is joining in the call for Udall to expose the report.

“If Udall wants to call me, I can explain this to him,” Gravel told Froomkin. “What he’d have to do is call a subcommittee meeting like I did, late at night.”

“If Udall wanted to do this, he could do the same thing,” the former senator continued. “Hell, I’d fly into Washington and help him pass it out.”