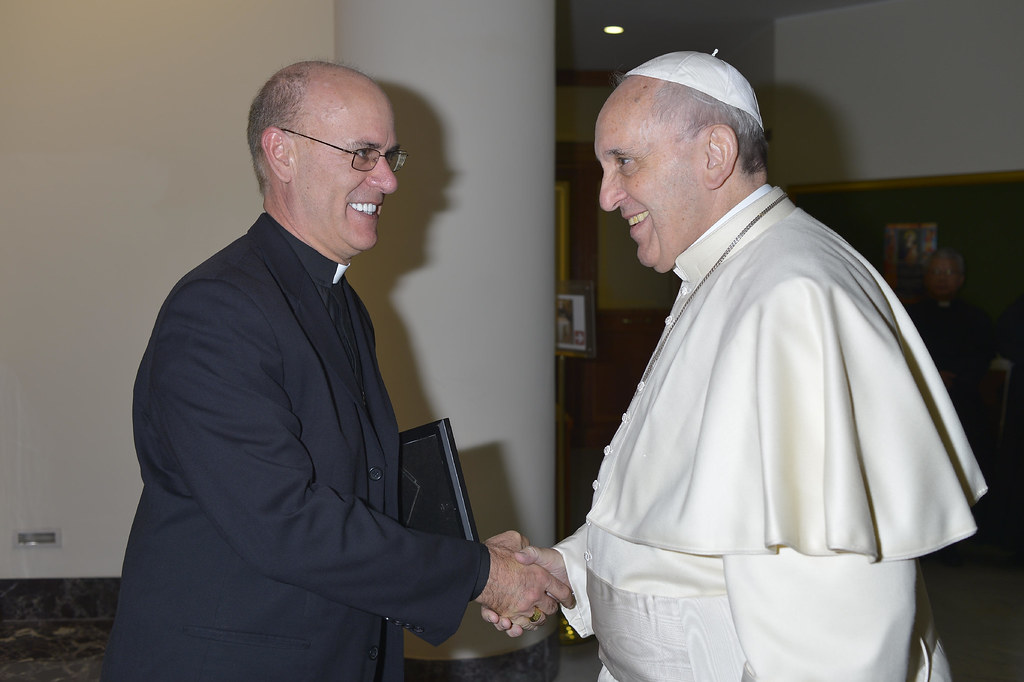 Rhoades was visiting Rome as part of a Saint Mary’s College group for a presentation titled “Voices of Young Catholic Women”, which is set to be delivered to the pope this week.

The mass took place in the Domus Sanctae Marthae, which is where the pope lives in Vatican City. The diocese says that Rhoades recited part of the Eucharistic Prayer during the mass. About forty people were reportedly in attendance. Rhoades was the only bishop.

According to Catholic Today, the diocese’s online publication:

“Pope Francis spoke of the day’s Gospel (Lk 21:1-4) of the poor widow who gave all that she had — two small coins or mites — to the Temple treasury, while the rich offered their surplus wealth. The pope spoke of how the widow is an image of the Church.”

“I like to see the Church in this figure, the Church which is, in a sense, a widow, because she is waiting for her Bridegroom who will return,” Pope Francis said.

“But she has her Bridegroom in the Eucharist, in the Word of God, in the poor, yes: but she is still waiting for His return,” Pope Francis added. “This is the attitude of the Church.” Pope Francis to Push for Action on Climate Change in 2015