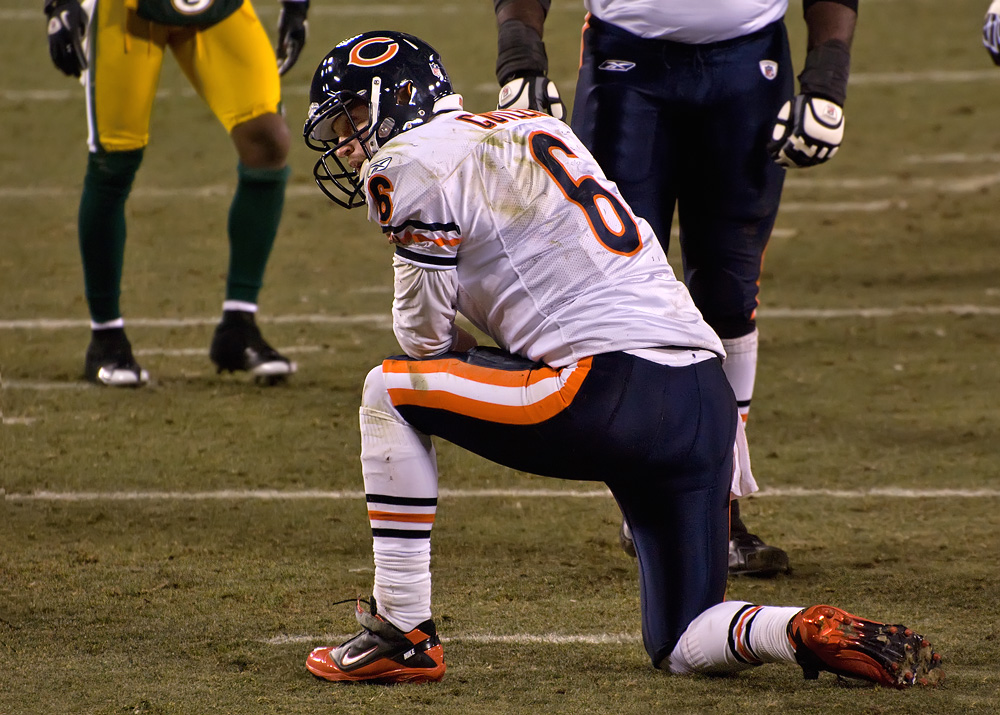 The Chicago Bears are benching long-time quarterback Jay Cutler in favor of former Notre Dame quarterback Jimmy Clausen for the upcoming game against the Detroit Lions on Sunday, the final home game of the season.

The Bears, who are in last place in their division with a 5-9 record, have lost three games in a row and 8 of their last 11 under Cutler’s leadership.

Cutler has thrown 18 interceptions so far this season. He leads the league in turnovers among quarterbacks.

The team locked Cutler into a seven year contract worth $126.7 million earlier this year.

Clausen was selected in the second round of the NFL draft in 2010. He was the second pick of the Carolina Panthers and the 48th overall pick. As a starting quarterback, Clausen has a 1-9 career record with 9 interceptions and only 3 touchdowns.

The Bears have no chance of making the playoffs with only two games left in the season.