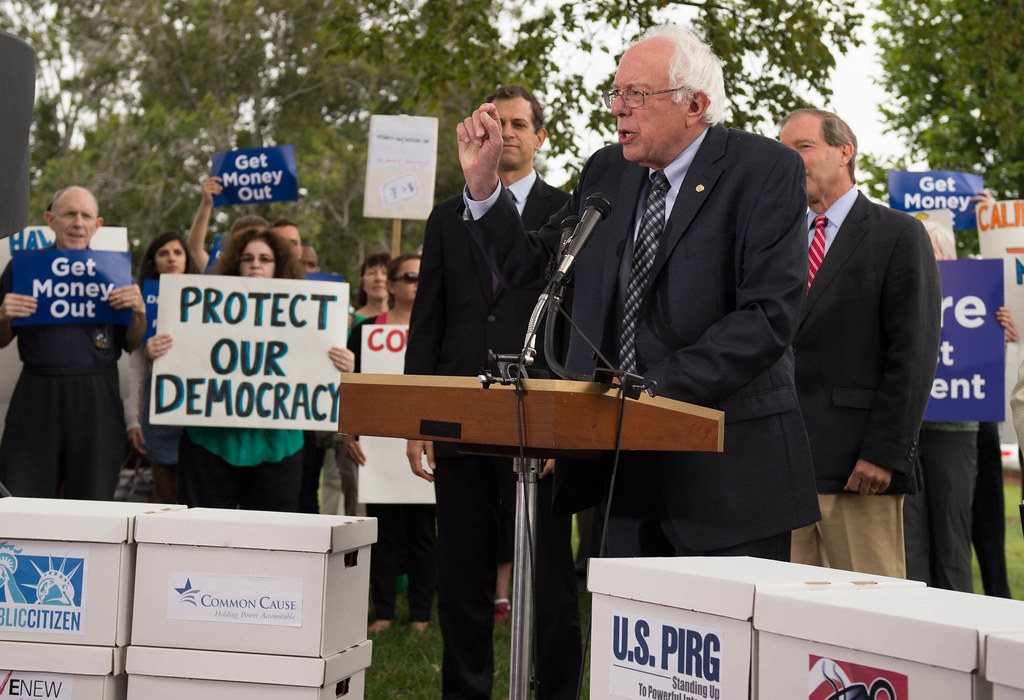 With Congress on the verge of taking up the controversial, corporate-friendly Trans Pacific Partnership, U.S. Senator Bernie Sanders (I-Vt.) is demanding that the chief trade representative for the United States turn over the full text of the proposed trade agreement.

“It is incomprehensible to me that the leaders of major corporate interests who stand to gain enormous financial benefits from this agreement are actively involved in the writing of the TPP while, at the same time, the elected officials of this country, representing the American people, have little or no knowledge as to what is in it,” Sanders said in a letter sent Monday to U.S. Trade Representative Michael Froman. “Members of Congress must have the opportunity to read what is in the TPP and closely analyze the potential impact this free trade agreement would have on the American people long before the Senate votes to give the President fast track trade promotion authority.”

Proponents of the pact, which would encompass 12 nations that represent 40 percent of the global economy, are pushing for a fast-track process that would hand over negotiating authority to President Barack Obama, who supports the deal. Critics claim the TPP poses threats to civil liberties, workers rights, public health, food safety, and global financial stability.

Sanders asked Froman to respond to his letter by January 16, 2015. If his request is denied, the senator vowed to introduce legislation that would require that the contents of any trade agreement that the U.S. is negotiating would have to be made public at the request of any member of Congress.

In addition, if Sanders’ request is turned down, he asked Froman to spell out the legal basis for the denial.

“Please also explain why you think it is appropriate that the representatives of the largest financial institutions, pharmaceutical companies, oil companies, media conglomerates and other major corporate interests not only have access to some of these documents, but are also playing a major role in developing many of the key provisions in it,” Sanders added. “Meanwhile, the people who will suffer the consequences of this treaty have been shut out of this process.”

Just last week, Sanders penned an essay outlining the top ten reasons why the TPP must be defeated.

In December, a coalition of close to 50 groups called on trade ministers of countries negotiating the TPP to publish the current draft of the agreement, as well as all nations’ negotiating positions. So far, the only details that have been made public have come from leaked documents—representing a lack of transparency that Sanders described in his letter as “very troubling.”