The event — part of the “Discover” series — will look specifically at South Bend landmarks in January. The series will explore different themes each month throughout 2015.

“This is a rare opportunity to explore structures seldom seen by the public. In fact, the Bendix Home on Jefferson has never been open to the public before!” the SB 150 website says.

Some of the notable locations include the Bendix home (Trinity School), Birdsell Mansion, Copshaholm, the Natatorium, Palais Royale, and the Studebaker National Museum.

Appointments are required for tours of the Bendix home. They can be made by emailing discoversb150@gmail.com. The organizers ask that you specify whether you would like to participate in the noon, 1:00, 2:00, 3:00, 4:00 or 5:00 o’clock tour. None of the other locations require a sign-up.

Each location is free and open to the public. The tours begin at noon and end at 5 pm on January 19.

Below, we have a list of the shuttle bus locations: 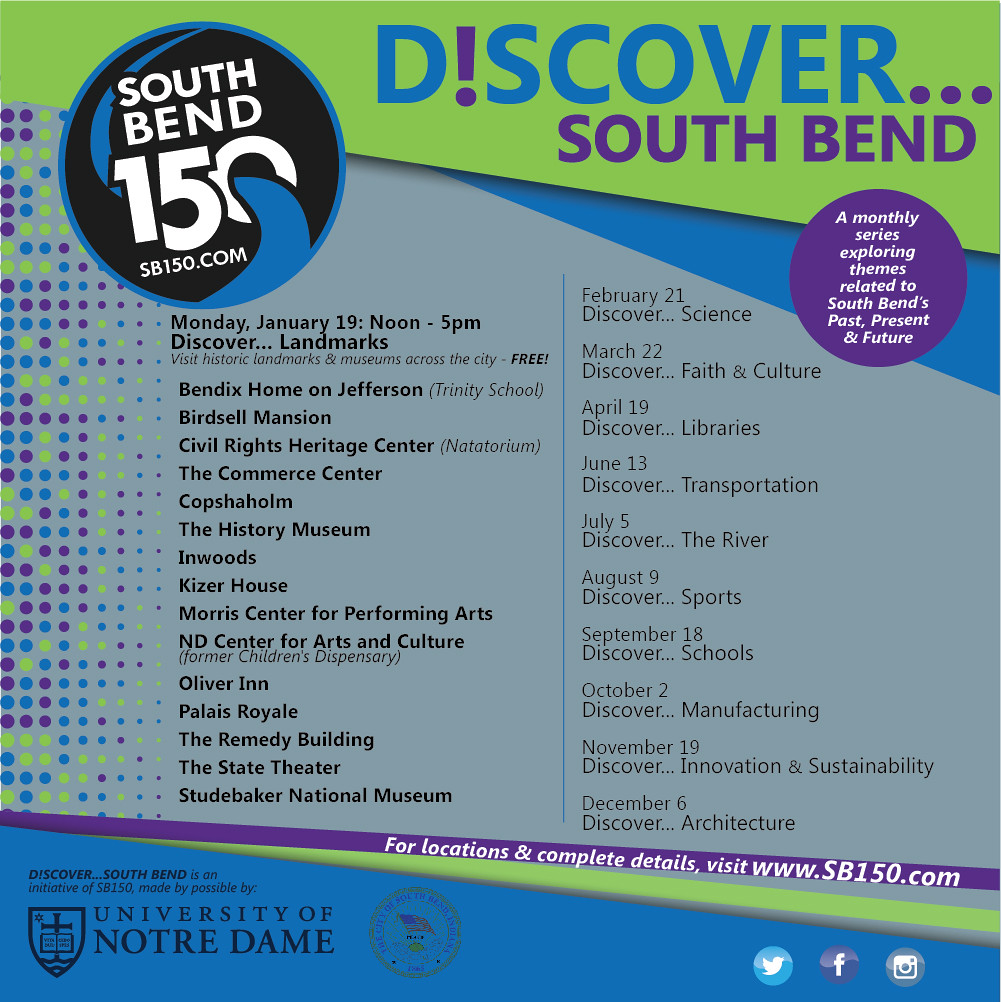