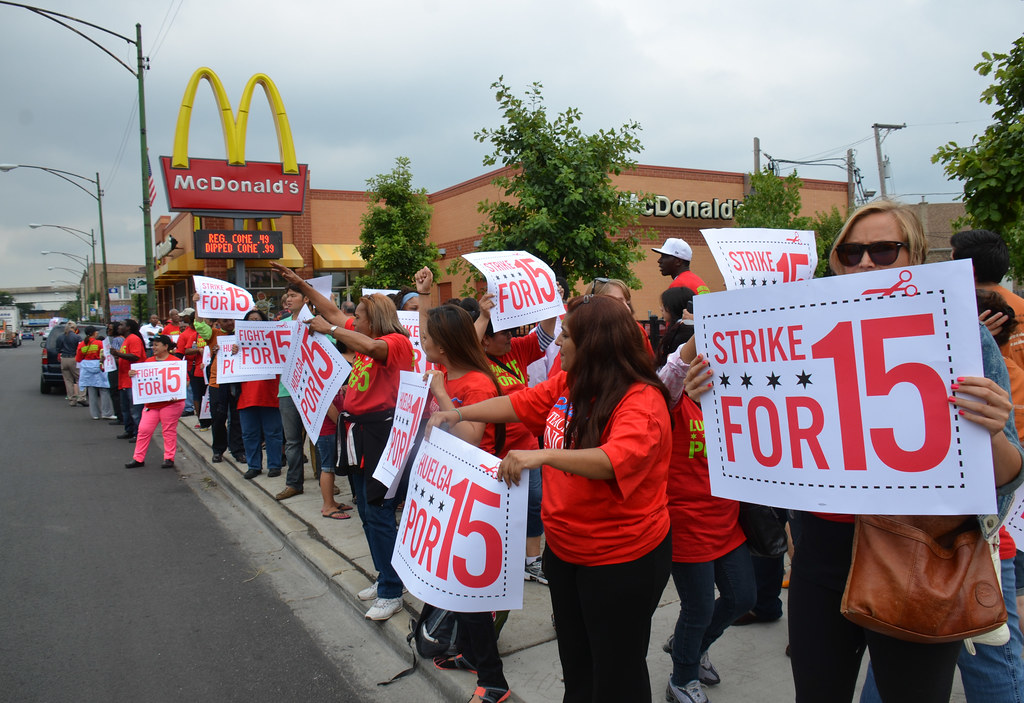 A growing movement of fast food workers has launched strikes, protests, and public pressure campaigns across the United States and world demanding an end to “starvation wages” and a minimum of $15 an hour, under the slogan “We are worth more!”

Now, a just-released working paper from economic researchers is affirming what those employees have long argued: such pay is doable, affordable, and would not require mass firings, despite the claims of industry heavyweights, from McDonald’s to Wendy’s.

Entitled A $15 Minimum Wage: How the Fast-Food Industry Could Adjust Without Shedding Jobs, the paper was written by Robert Pollin, distinguished professor of economics at the University of Massachusetts – Amherst and co-director of the Political Economy Research Institute, and Jeannette Wicks-Lim, a PERI research assistant professor.

Culling data from previous studies and U.S. Economic Census surveys, the researchers chart out the potential impact of a minimum wage increase, from $7.25 to $15 an hour over the course of four years, on the industry.

Their conclusion? The fast food industry “could absorb the increase in its overall wage bill without resorting to cuts in their employment levels at any point over this four-year adjustment period.”

According to the researchers, this could be accomplished through “a combination of turnover reductions; trend increases in sales growth; and modest annual price increases over the four-year period.”

In fact, the paper finds, a $15 minimum wage would not even hurt the bottom-line for the fast food industry.

The study directly contradicts numerous claims by the fast food industry, which has been put on the defensive by nation-wide and global escalations of fast food worker protests.

“Mandating increased wages would lead to higher prices for consumers, lower foot traffic and sales for franchise owners, and ultimately, lost jobs and opportunities for employees to become managers or franchise owners,” said International Franchise Association President and CEO Steve Caldeira in a statement issued over the summer.

But according to Pollin and Wicks-Lim, this is simply not the case.

“In terms of policy implications, our results offer a straightforward conclusion,” they write. “Achieving a $15 federal minimum wage within the U.S., phased in over four years, should be seen as a realistic prospect. This specifically means that the intended consequence of the $15 minimum wage—to improve the living standards of low-wage workers in the U.S. and their families—can certainly prevail over the unintended consequence that low-wage workers and their families would suffer from widespread employment losses.”

The study follows an April report by the think tank Demos, which found that, in 2012, fast food CEOs made over 1,200 times the earnings of the average fast food worker. That ratio remained over 1,000 to 1 in 2013, according to the study.