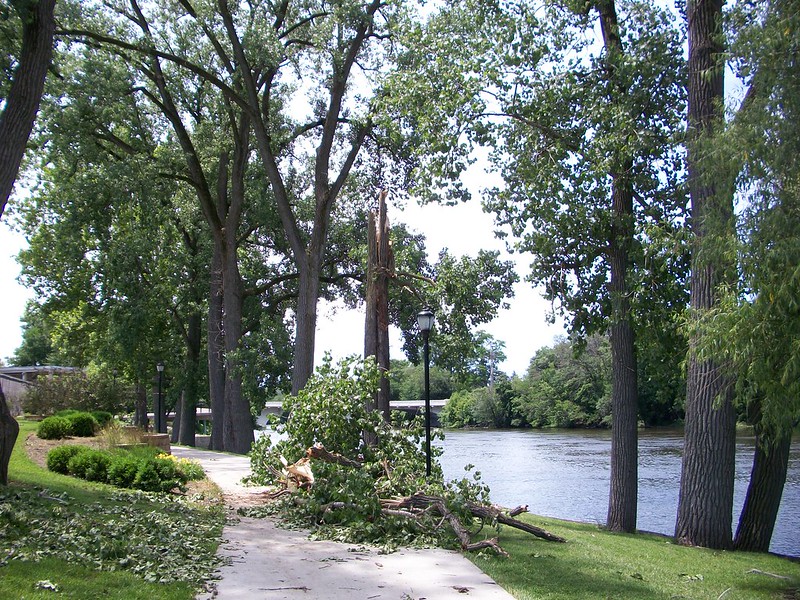 A number of South Bend parks have re-opened after nearly a week of storm-related closings. A derecho packing 80+ mile per hour winds brought down trees and power lines at Potawatomi Park, as well as other parks throughout the city, including Howard near downtown and Muessel Grove on the city’s Northwest Side.

Potawatomi, a popular park for families with outdoor eating facilities and the “Kid’s Kingdom” playground, was closed during the busy 4th of July weekend. The park is located just south of Potawatomi Zoo, which was open throughout the weekend.

The South Bend Parks & Recreation Department says that Keller Park remains closed to the public. The lunch service program at Keller is cancelled as well.

“All other programs and facilities are open and operating at their usual times and locations,” the department website says.

Click here to view a photo gallery of the storm damage.