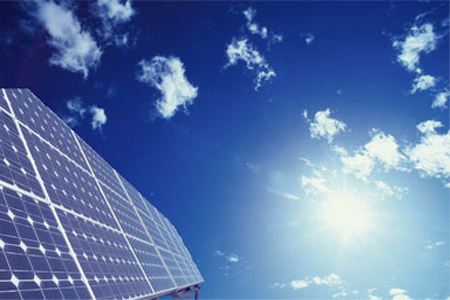 Indiana Michigan Power is in the planning stages of a solar plant in South Bend and at four other sites throughout Indiana and Michigan. The utility hopes to start construction in early 2016 and complete it later that year. Its five solar generation facilities should generate a capacity of 16 megawatts (MW) once completed, which is enough to power more than 2,500 homes for a year. The estimated cost of the solar project is $38 million.

“I&M constantly looks at emerging technologies and our customers’ evolving needs, and now is the right time to move forward with solar power,” said Paul Chodak III, President and Chief Operating Officer of Indiana Michigan Power. “With this project, I&M will further broaden the diversity of our power generation, with three sources of renewable energy – solar, wind and water.”

Indiana Michigan Power has a limited renewable energy mix at present. The company currently only generates 22 MW of hydro-electric power and purchases 250 MW of wind power. Meanwhile, its coal plants generate 3,595 MW of electricity in Indiana and 2,110 MW of nuclear generation at Cook Nuclear Plant in Michigan. The addition of solar will help it diversify its footprint in sustainable, emissions-free energy.

Indiana is currently one of the most coal-dependent states in the US. 84 percent of energy production in the state comes from the pollution-heavy fossil fuel. West Virginia, Kentucky and Wyoming are the only states with higher percentages of coal use. Indiana also has the dubious distinction of being the sixth worst in toxic air pollution due to coal and oil power plants.

According to a 2011 report from the Natural Resources Defense Council (as reported by Terre Haute’s Tribune Star):

“Coal and oil-fired power plants emitted nearly 26.8 million pounds of harmful toxins — which includes mercury, sulfur dioxide, nitrogen dioxide and particulate matter — into the air, accounting for 68 percent of Indiana’s air pollution, according to the study. Indiana also was found to account for 7 percent of the nation’s air pollution from power plants.”

I&M’s move is a step toward a less coal-dependent state. The company hopes to use the solar energy project as “an opportunity to study first-hand the various facets of designing, constructing and operating a utility-scale solar facility. Being owner and operator of the Clean Energy Solar Pilot Project facilities will enable I&M to become proficient in operating solar generation and integrating it reliably into the transmission grid.”

“We will use the knowledge we gain from operating this pilot project to help offer customers additional safe, reliable, clean energy as we further expand solar production and examine other generation options in the future,” Chodak added.

I&M is a subsidiary of American Electric Power, a publicly-traded utility that delivers electricity to 5 million customers in 11 states.