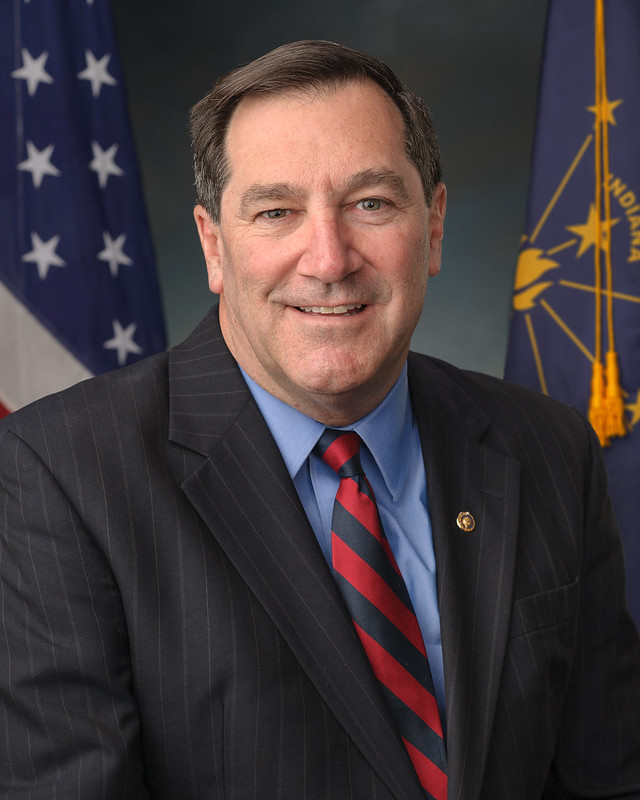 Senator Joe Donnelly (D-IN) offered tough words to Russia in an interview with a local TV station. The senator spoke to Tom Powell about the conflict in Ukraine and the recent attack on a civilian jetliner. Malaysia Airlines flight MH17 was shot down last Thursday in the rebel-controlled eastern half of Ukraine, killing all 295 passengers. It was bound for Kuala Lumpur from Amsterdam.

“I would actually like to see sanctions increased because Vladimir Putin is a former KGB agent, and what he understands is force,” Senator Donnelly told FOX 28. “What he responds to is strength and so one of our challenges has been trying to bring the European countries along with us in the sanctions efforts because they seem to drag their feet a little bit more in this effort.”

Donnelly’s support for sanctions extends to Russia’s energy and financial sectors, two of the biggest part of the Russian economy. “The Ukrainian separatists, all of their financing, all of their equipment and basically all of their leadership advice is coming from Russia. If Russia would step back from that, the Ukrainian situation would solve itself.”

The US has so far tip-toed around mass sanctions against Russia. The first round of sanctions, instituted back in April, targeted individuals and companies closely associated with President Vladimir Putin. The Obama administration froze the assets of seven Russian officials and seventeen companies as punishment for Russia’s invasion of Crimea and continued support of Ukrainian separatists.

“What we need to do is to steadily show the Russians that there are going to be much more severe economic pain, much more severe political isolation and, frankly, that Russia stands far more to lose, continuing these actions over time,” an anonymous administration official told the Washington Post in April.

Last week, the Obama administration ratcheted up its sanctions on Russia. The Treasury Department issued sanctions meant to prevent American citizens from providing financing to two large Russian financial companies, two Russian energy companies, and eight Russian firearms manufacturers providing small arms and tanks to Ukrainian separatists. Treasury further cut off US capital markets to the “Luhansk People’s Republic” and the “Donetsk People’s Republic,” both of which have unilaterally asserted control of regions in Ukraine without permission from the government in Kiev.

“It has badly backfired on them because it’s earning him complete international isolation and condemnation,” Deputy National Security Adviser Ben Rhodes said referring to Russia’s support of Ukrainian separatists.

The United States is considering further sanctions and is pressuring the European Union to follow suit.