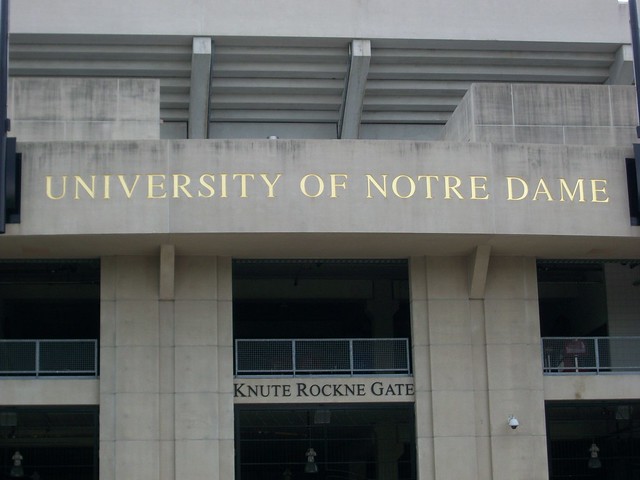 The defending national champion Florida State Seminoles are ranked #1 in the country in the pre-season college football coaches poll that just came out today. Alabama, last year’s runner-up, came in at #2. Notre Dame is ranked in the top 25. The Irish start the season at #17.

Notre Dame’s first game of the season will be at home against Rice on August 30 at 3:30 pm. Notre Dame will face Michigan the second week of the season. They close out their schedule against USC in Los Angeles.

This is the first year of a playoff system in college system. The previous Bowl Championship Series was highly controversial, resulting in championship pairings between the top two teams based on a formula. The formula used two human polls and a computer ranking system. The new playoff system will include four teams selected from a thirteen person expert panel.