A new report from an environmental advocacy group claims that Indiana was among the leading states to adopt solar technology in 2013. Environment America’s report shows that Indiana consumers and utilities installed 54 megawatts (MW) of solar power go online in the past year, making it the 11th highest state in total solar energy output installed for the 2013 calendar year.

Neighboring Illinois saw only 2 MW go online, while 21 MW was installed in Ohio. Neither Michigan nor Kentucky saw gains. Indiana still trails Ohio in total solar energy capacity. The Buckeye State has a cumulative capacity of 88 MW, the highest in the Midwest.

The top ten states are mostly based in the American West where deserts dominate the landscape in places like Arizona, California, Colorado and Nevada. A few surprises did make the top 10 list including Delaware, Massachusetts and New Jersey. These ten states account for 87 percent of total U.S. solar electricity capacity and 89 percent of the solar electricity capacity installed in 2013. 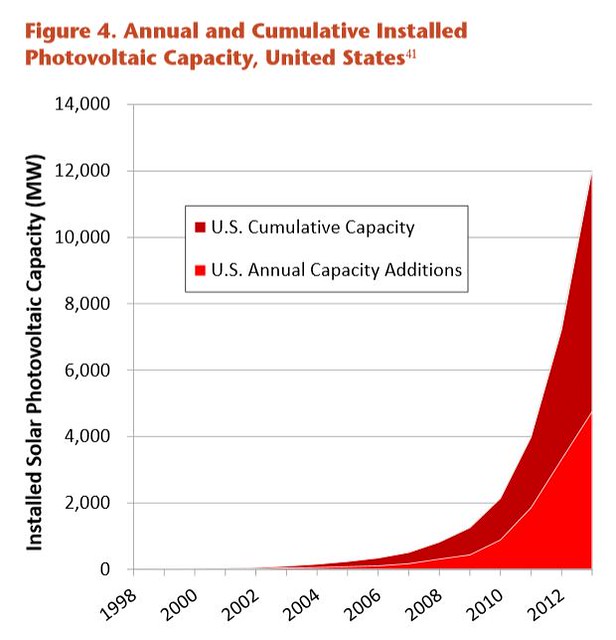 Just outside of the top ten is Indiana, a heavily coal reliant state, but one that has seen private investment in recent years in both wind and solar energy. The EPA’s recent carbon emission rule on coal-fired power plants should further drive growth in the renewable energy market.

Solar power output has tripled in the past two years and is 120 times higher than it was in 2003. The surging demand for solar energy is driven partly by rapidly declining costs, friendly state-level regulatory environments, tax credits, and renewable energy requirements. 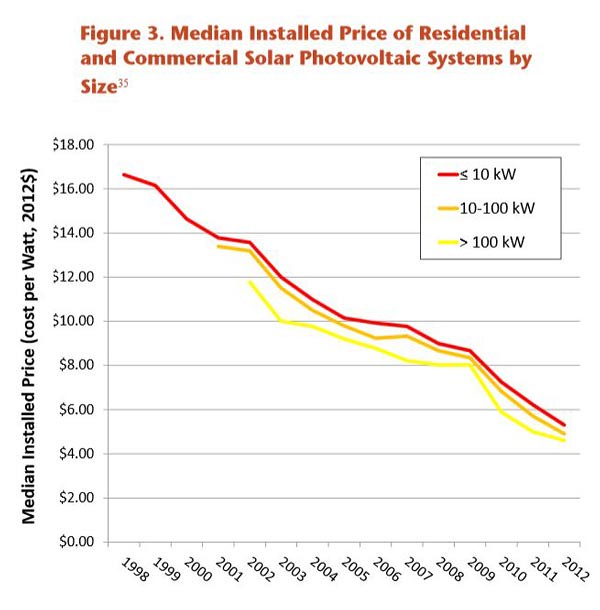 A big reason why solar has taken off in these ten particular states is something called “net metering”. It basically means that any excess energy produced at a residential home or commercial business is sent back to the grid and purchased from the utility at full retail price. This not only reduces stress on the utility grid, it also compensates consumers for their solar energy production if it exceeds their own personal needs. These practical regulatory incentives, combined with lower costs and tax credits, will continue to boost solar production going forward.

As we reported back in early July, Indiana & Michigan Power is planning to build one of five solar plants in South Bend. The 16 megawatt facility will power more than 2,500 homes in the region. The $38 million project is expected to be completed in 2016.