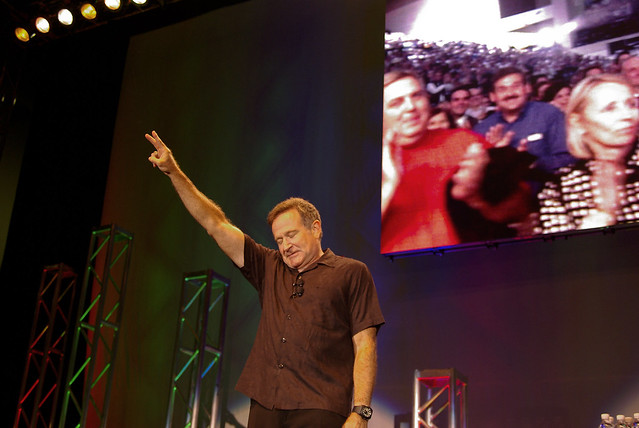 Legendary actor and comedian Robin Williams was found dead inside of his home in Tiburon, California on Monday. Police and firefighters responded to a call at approximately 11:55 am. The Marin County Sheriff’s Department confirmed his death in a press release. Williams was 63 years old.

A statement from Williams’ family said that the actor had been battling severe depression.

“This morning, I lost my husband and my best friend, while the world lost one of its most beloved artists and beautiful human beings. I am utterly heartbroken,” Susan Schneider, Robin Williams’ wife, said in a statement.

An investigation into the cause of death is currently underway. The Marin County Sheriff’s Department Coroner Division says that it ” suspects the death to be a suicide due to asphyxia, but a comprehensive investigation must be completed before a final determination is made. A forensic examination is currently scheduled for August 12, 2014 with subsequent toxicology testing to be conducted.”

Williams was last seen alive at his residence at approximately 10:00 pm on August 10, 2014. He resides at the residence with his wife, Susan Schneider.

Williams is best known for roles in films such as Popeye, Mrs. Doubtfire, Hook, and Patch Adams. Williams contributed his voice as the Genie in Aladdin. He also had a successful stint in stand-up comedy. He won the Academy Award for Best Supporting Actor for his role as Dr. Sean Maguire in Good Will Hunting.