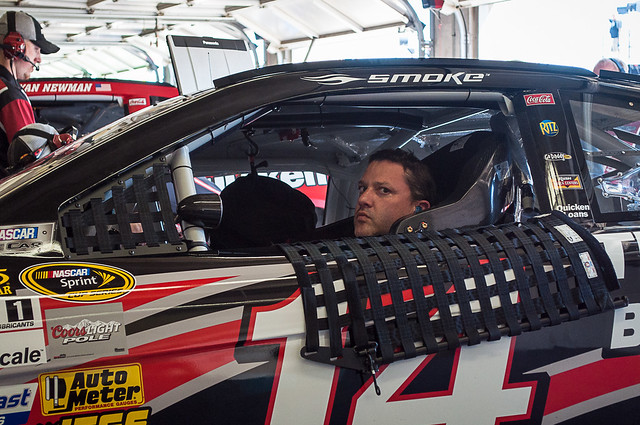 NASCAR driver Tony Stewart has cancelled planned appearances in Michiana scheduled for Thursday and Saturday after a weekend accident where he killed a fellow driver. Stewart ran over 20 year old competitor Kevin Ward Jr. during a race on Saturday night at Canadaigua Speedway in New York. The incident is still under investigation.

Stewart crashed Ward’s car during a dirt track event, prompting the young driver to get out of his vehicle and vent on the track. An amateur video shows another race car evading Ward as the racer angrily searches for Stewart’s vehicle to pass again. This is when Stewart’s vehicle crashed into Ward in an apparent accident. Ward was pronounced dead at the arrival of a local hospital.

“There aren’t words to describe the sadness I feel about the accident that took the life of Kevin Ward Jr.,” Stewart said on Sunday night. “It’s a very emotional time for all involved. … My thoughts and prayers are with his family, friends and everyone affected by this tragedy.”

Plymouth Speedway spokesman Irish Saunders said in a statement that Stewart would not appear at Saturday’s race in Plymouth.

“Due to the tragedy that occurred Saturday night in New York, Tony Stewart has decided to delay his trip back to Plymouth Speedway Saturday August 16th. We respect his decision and will give him his privacy during this very emotional time. Our thoughts at this time are with Tony and Kevin Ward Jr’s family,” the statement reads.

Stewart’s planned meet and greet appearance with fans at Newton Center in Lakeville on Thursday has also been cancelled. Fans that purchased tickets will receive a refund. Contact the Newton Center at 574-784-2749 for more details.

Stewart is a three-time Sprint Cup champion and a Columbus, Indiana native.