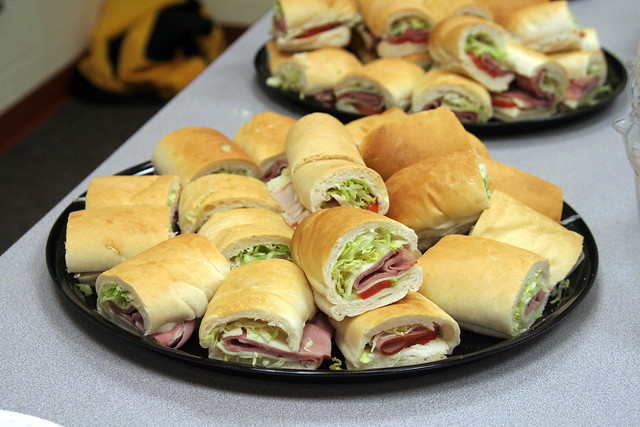 Karolis Kubelskas and Emily Brunner, both former workers at separate Jimmy John’s shops in Illinois, charge that their employers violated numerous state and federal laws by “requiring hourly employees to work ‘off the clock’ without getting paid”—a practice that led to sub-minimum wages, denial of overtime pay, and therefore “significant monetary losses.” They say that this practice, which affects “tens of thousands” of current and former workers, amounts to intentional “systematic wage theft.”

Both Jimmy John’s Enterprise and franchisee JS Fort Group—owner of the two Illinois locations that employed the plaintiffs—are named in the suit.

Jimmy John’s, which boasts 1,900 shops across the United States, says it offers low prices and an “irreverent attitude” that college students love. But critics charge that the company’s business model is, in fact, based on skimping on labor costs and denying workers their rights.

When 10 Jimmy John’s shops in the Twin Cities launched a bid in 2010 to win formal union recognition, they were aggressively contested — and according to workers physically intimidated and threatened — by their employer, with Jimmy John’s ultimately undermining their union recognition. Six key organizers in the drives later said they were unlawfully fired for organizing, and in 2012, a federal judge ruled in their favor.

The Jimmy John’s Workers Union, an affiliate of the Industrial Workers of the World, was created during the 2010 organizing drive and is currently involved in numerous organizing efforts across the country, Isaac Baltow, Jimmy John’s worker and IWW member, told Common Dreams. This includes Baltimore, Maryland where workers recently went public with their demands for a living wage, paid sick days, and union recognition.