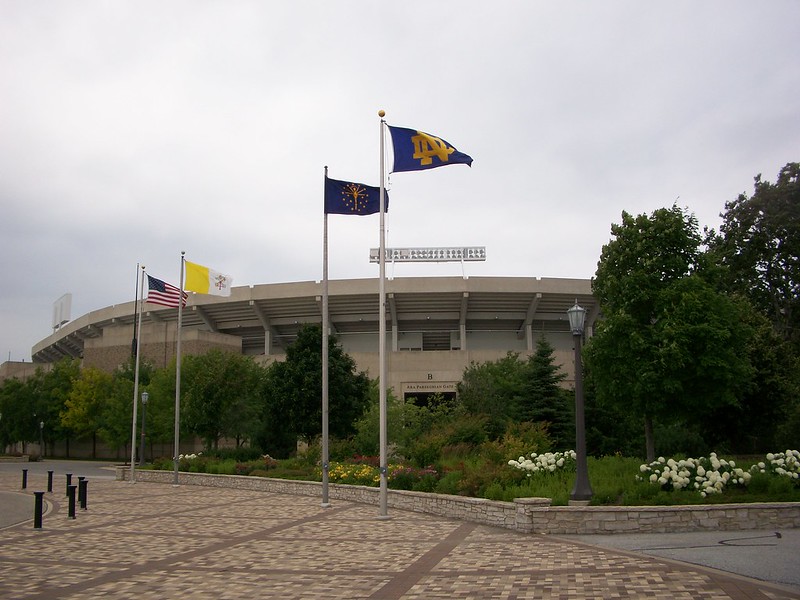 The University Notre Dame held a tense press conference Friday night after it came to light earlier in the day that the school is investigating four of its football players for “suspected academic dishonesty”. University President Reverend John Jenkins said during a press conference on Friday night that the school would not tolerate cheating and that the ongoing investigation would continue wherever it leads.

The news first broke Friday afternoon from two major national media outlets. Anonymous sources told ESPN and Yahoo Sports that the university interviewed the players as part of an academic misconduct investigation. Notre Dame confirmed that the interviews took place. The students were not allowed to participate in Friday’s practice and will not be able to compete pending the results of the investigation.

Jenkins said that if it is found that the players are found guilty and were ineligible to play during past seasons, the university would willingly vacate those wins. He added that there is currently no evidence to suggest that that will be the case.

“If the suspected improprieties are proven, we will use the experience to reinforce among our students the importance of honesty in all that they do. We are also examining ways of better conveying to students that they can avail themselves of legitimate academic assistance without resorting to cheating,” Jenkins said.

The players in questions remain enrolled at Notre Dame and are entitled to the full privileges as a student-athlete pending the conclusion of the investigation. Jenkins says that the university is also investigating other students on campus for possible violations.

Jenkins noted the school has a number of options if the investigation finds impropriety on the part of the players or other students. Sanctions in situations of academic dishonesty can range from a grade of “F” on a paper for minor violations to an “F” in the course or dismissal from the university for serious violations.

Jenkins added that the administration has “great confidence in [Notre Dame Head Football Coach] Brian [Kelly] and his staff.” He says that “they have been nothing but supportive” throughout the investigation.

If the allegations prove true, it would be the second case of academic misconduct in the past two years at Notre Dame. Quarterback Everett Golson is returning this season after missing the entire 2013-14 season for cheating on a test. Golson led the Fighting Irish to the national championship in the 2012-13 season. Notre Dame lost that game to the University of Alabama.