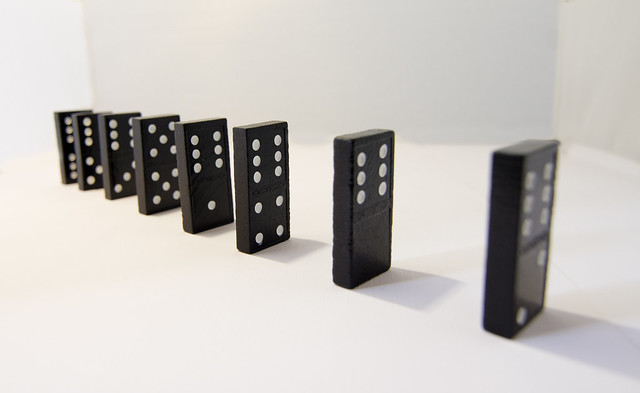 Republican lawmakers hoping to rake in more campaign cash from Wall Street are challenging a U.S. Securities and Exchange Commission rule that limits the amount of money financiers can give to governors and state officials.

Last week, the state Republican committees of New York and Tennessee filed a lawsuit aimed at repealing a Securities and Exchange Commission (SEC) rule that limits the campaign contributions that can be made by investment advisers on Wall Street to political candidates. The rule is designed to prevent Wall Street from using campaign donations as a form of bribery against state officials who rely on these financial institutions to manage their investments.

Observers predict this could be the Supreme Court’s next big campaign finance case. A lawyer for the plaintiffs said this year’s McCutcheon decision — which struck down the aggregate limit on individual contributions to federal candidates, national political parties, and political action committees — laid the legal groundwork for the SEC challenge. Indeed, the brief cites both McCutcheon and Citizens United in its argument, calling to mind warnings that dominoes are falling as the Supreme Court moves toward eliminating all limits on campaign spending.

“That suit is ripe and it’s next in the target,” Shaun McCutcheon, the plaintiff in the McCutcheon case, told Politico on Tuesday. “There is a natural sequence of these cases. They have to go through the courts in the right order and at the right rate, and I believe that’s happening.”

Described by the SEC as a “time out,” the rule bars an investment firm from managing a state’s assets for two years if the company, or certain employees, make more than a nominal campaign donation ($150-350) to a state official who has power over state contracts with investment advisers, such as those governing public pension plans.

In its final rule, the SEC explained its logic:

Elected officials who allow political contributions to play a role in the management of these [public pension plan] assets and who use these assets to reward contributors violate the public trust. Moreover, they undermine the fairness of the process by which public contracts are awarded. Similarly, investment advisers that seek to influence government officials’ awards of advisory contracts by making or soliciting political contributions to those officials compromise their fiduciary duties to the pension plans they advise and defraud prospective clients. These practices, known as “pay to play,” distort the process by which advisers are selected.

The rule was put in place in 2011, after several pay-to-play scandals were exposed — including one in which former New York City Comptroller Alan Hevesi was found to have steered $250 million in investments to a money manager that gave him $500,000 in campaign contributions, plus other gifts.

According to Bloomberg Businessweek, New Jersey Governor Chris Christie’s chances to be the 2012 Republican vice-presidential nominee were hampered by the three-year-old rule: “Having Christie on the ticket would have complicated Mitt Romney’s presidential campaign, which took in more money from securities and investment firms than any other industry.” Romney raised $21.5 million from securities and investment firms, nearly five percent of his total, according to the Center for Responsive Politics, including money from Goldman Sachs, Bank of America, and JP Morgan Chase.

“Wall Street has become one of the most reliable pots of cash for Republicans in recent cycles so this challenge isn’t any surprise, but I can probably count on one hand the number of Americans outside downtown Manhattan who think Wall Street needs more influence in politics,” Public Campaign communications director Adam Smith told Common Dreams. “If these pay-to-play rules are thrown out, it’ll be a victory for Wall Street bankers and the politicians who need their cash.”