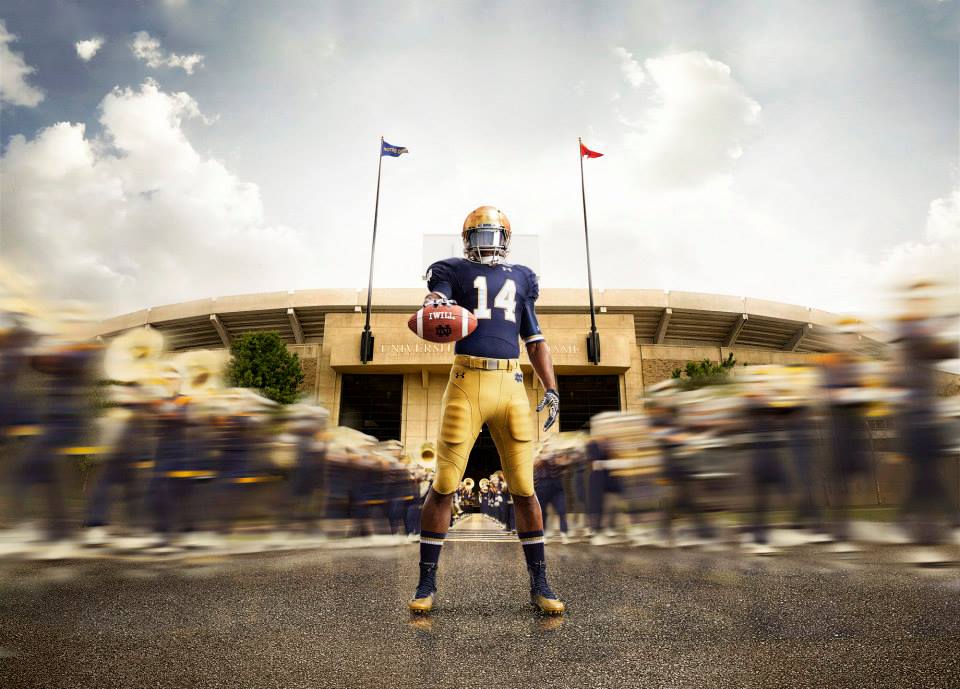 Notre Dame signed an exclusive apparel deal with Under Armour back in January. The ten year agreement is reportedly worth in the ballpark of $100 million for the university. Under Armour will “exclusively design and supply the footwear, apparel and equipment for training and game-day uniforms for each of the university’s men’s and women’s varsity athletics teams.”

Today, Under Armour unveiled the school’s home and away uniforms, as well as the uniforms for the Shamrock Series. The signature colors — blue and gold — are left intact, a subdued tradition that was respected with a minimalist design. The white and gold away jersey displays the same simplicity, with a jersey number, small ND logo on the pants and shoulders, and Under Armour logo.

The Shamrock Series, an annual “home” game played on a neutral site — which has been played at places like Chicago’s Soldier Field and New York City’s Yankee Stadium — features a blue jersey with gold stripes on the leggings and shoulders. This year’s Shamrock Series game will be played against Purdue at Lucas Oil Stadium in Indianapolis. It will be the last time that Notre Dame plays Purdue until the 2020 season.

We have the full Under Armour uniform photo gallery below: