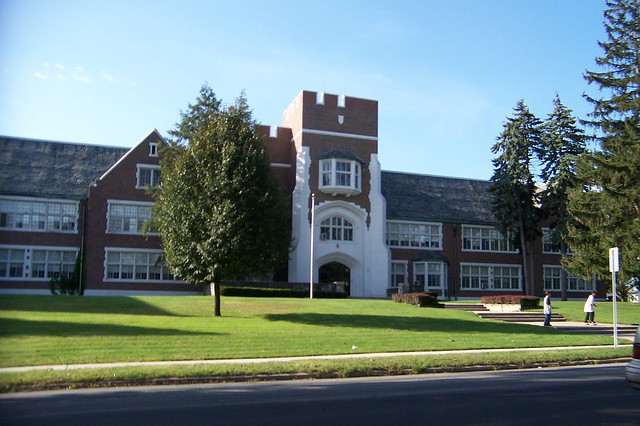 Today was the first day of the school year for South Bend students. The South Bend Community Schools district has over 21,000 students from kindergarten through 12th grade across thirty-three different schools. Only Indianapolis, Fort Wayne and Evansville have more students in Indiana.

Clay High School students were told to stay home Wednesday as the school remains in the dark after Tuesday’s storms that rolled through the area knocked out power to the building. All other schools in the district had power and were open on Wednesday. Depending on if power is restored, Clay should re-open on Thursday.

The loss in students has meant that these districts have needed to make budget cuts and realign priorities to the reality of a declining student population. Teachers in South Bend were laid off, programs were eliminated, and schools closed. In 2012, the school district had to close a $10 million budget hole, which was created by a combination of vouchers and lower property tax revenue.

Daniels blamed the school system for its own budget issues.

“When they stop spending forty cents of their school dollars outside the classroom on administrative costs and support, when they begin to show some attention to real efficiency then I think they’ll have a stronger complaint,” Daniels said at the time. “It’s just passing the buck when you’ve done a poor job yourself.”

Last year in Mishawaka, voters rejected a $28 million referendum that would increase property taxes to pay for upgrades at schools across the city. The proposed upgrades included rehabilitating buildings, Wi-Fi in every school and increased security for students.