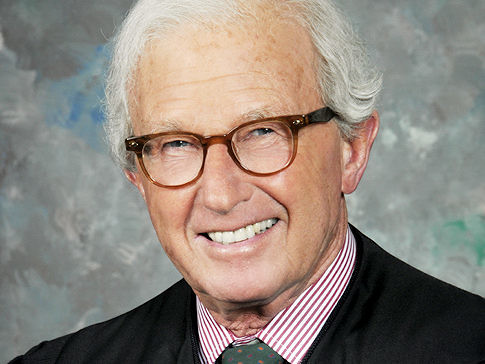 A federal judge in Louisiana became the first court since the Supreme Court struck down the Defense of Marriage Act last year to uphold a gay marriage ban. US District Judge Martin Feldman clung to tradition in his ruling, saying that “any right to same-sex marriage is not yet so entrenched as to be fundamental” and that marriage equality was “inconceivable until very recently.”

“The Court is persuaded that a meaning of what is marriage that has endured in history for thousands of years, and prevails in a majority of states today, is not universally irrational on the constitutional grid,” Feldman, a Reagan appointee, wrote.

Feldman knew that he was in lonely company, writing that he “would no doubt be celebrated to be in the company of the near-unanimity of the many other federal courts that have spoken to this pressing issue, if this Court were confident in the belief that those cases provide a correct guide.”

Feldman wrote that he “hesitates with the notion that this state’s choice could only be inspired by hate and intolerance,” adding that Louisiana “has a legitimate interest … whether obsolete in the opinion of some, or not, in the opinion of others … in linking children to an intact family formed by their two biological parents.”

“For example, must the states permit or recognize a marriage between an aunt and niece? Aunt and nephew? Brother/brother? Father and child? May minors marry? Must marriage be limited to only two people? What about a transgender spouse? Is such a union same-gender or male-female? All such unions would undeniably be equally committed to love and caring for one another, just like the plaintiffs,” Feldman surmised.

Marriage equality proponents would note that Feldman’s slippery slope argument is flimsy at best. There are legitimate state interests in outlawing incest: a lack of genetic diversity increases the chances that recessive or deleterious traits may be passed on to offspring. Inbreeding often results in birth defects. As for minors getting hitched, they are already allowed to marry in many US states with parental or judicial consent.

Just last week, a federal appeals court judge for the 7th, called Indiana’s gay marriage ban a “tradition of hate … and savage discrimination.” Judge Richard Posner went on to note that “it was tradition to not allow blacks and whites to marry – a tradition that got swept away.”

More than 20 federal and state judges have ruled against gay marriage bans since the Supreme Court’s landmark United States v. Windsor case, which struck down the Defense of Marriage Act as unconstitutional. The most recent case came out of Florida, where Judge Robert Hinkle struck down that state’s ban, passed in a 2008 referendum. Hinkle found that the ban violated same-sex couples’ 14th Amendment right to equal protection and due process.