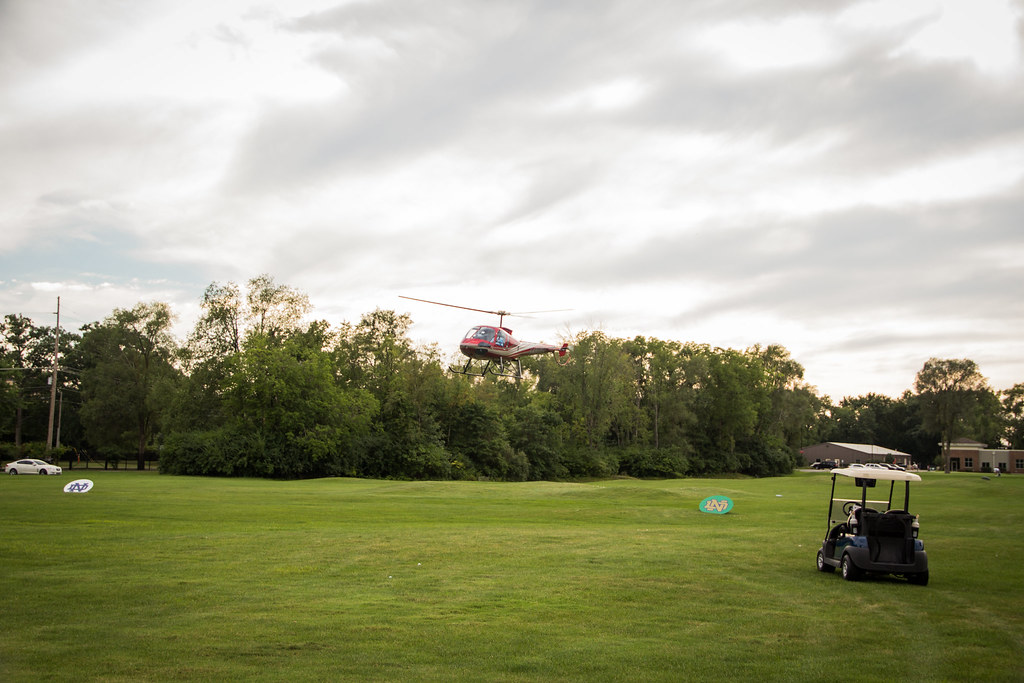 The Family & Children’s Center (FCC) held their annual Michiana Masters event a couple weeks ago at Warren Golf Course on Notre Dame’s campus. The non-profit, which serves thousands of children and families throughout the region, raised nearly $50,000 that will go toward their programs.

“Our basic mission is to build strong families and healthy children,” says Holly Griffen, FCC’s Director of Program Impact, who spoke with South Bend Voice to talk about the organization and their annual fundraiser.

Michiana Masters began in 2004 and has continued as an annual event ever since. The goal of the golf outing is to build awareness in the community for the services that FCC provides, as well as raise funds for their programs.

This year, approximately 35 teams of four people signed up. The event has a few unique features such as a $10,000 hole-in-one opportunity on one of the holes. Winners of the event also receive awards.

After the golf outing was over, the FCC dropped golf balls from a helicopter as part of a raffle. The non-profit sold the golf balls for $25 a piece. The owner of the ball that landed closest to a target on the course won half of the raffle proceeds (the other half goes to FCC). The winner — who wishes to remain anonymous — would have been eligible for nearly $2500. Instead, the winner chose to donate the money back to FCC.

Family & Children’s Center runs a number of important programs in the South Bend region. One of them is Healthy Families, a targeted program for St. Joseph County where FCC offers free home visitations from trained specialists to newborns up to the age of 3. The program helps teach young families good parenting habits, provide proper immunizations, and create a positive learning environment during a critical period of development. Families must apply before the child turns three months old.

“The services that we provide are very intensive,” Griffen notes.

Brain Train is another program that the FCC provides to low income families who are not involved in the Healthy Families program. Brain Train provides parenting skills, simple development activities, and preparation for school. The play sessions and child development as part of Brain Train are available to children up to age 5.

A major goal of all of their programs is to prevent child abuse and neglect. The organization is a partner of Prevent Child Abuse America, a national non-profit focused on healthy child development and abuse prevention. FCC says that they help families overcome struggles with substance abuse, mental depression, and provide other support services to families.

“Since 2003, more than 400 Hoosier children have lost their lives to abuse and neglect. Family Children’s Center’s prevention and early intervention programming addresses this problem by addressing abuse at its roots, in the home. Our home visitors provide comprehensive services to vulnerable families in St. Joseph County. I am proud to say 99% of the families we serve are abuse free,” Griffen says.

While the federal government provides grants that cover roughly 90 percent of the organization’s budget, the Family & Children’s Center also relies on both volunteers and donors to help in their mission. Donors can donate online through their website or call in a donation. They also welcome early childhood books, baby clothes, diapers, and “anything that would help parents with their babies”.

You can visit the Family & Children’s Center website at http://fccin.org.