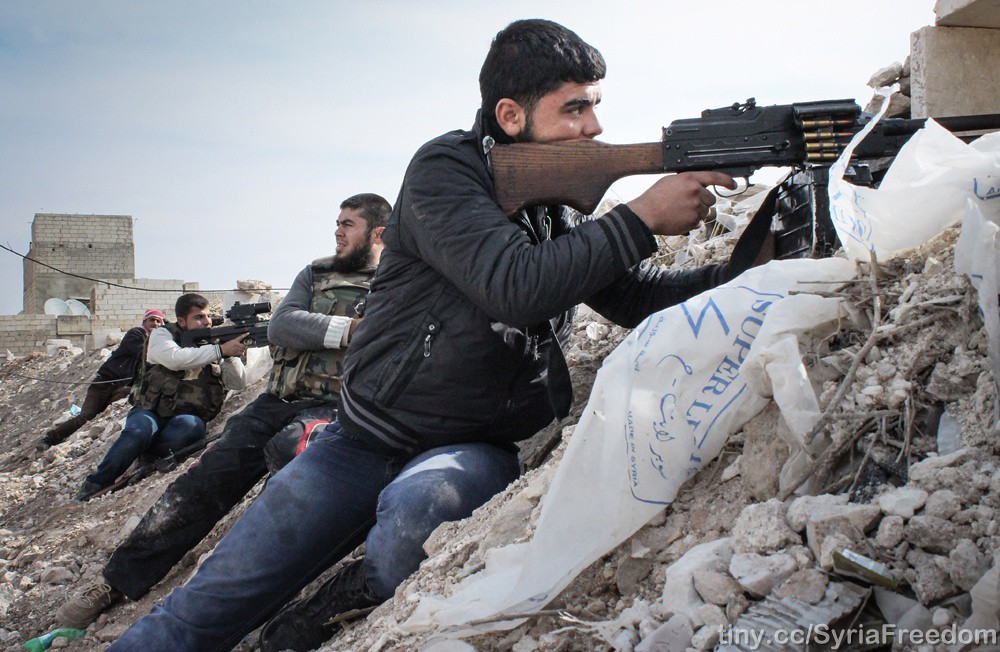 Amid deep skepticism and fears of expanding war, the U.S. House of Representatives on Wednesday voted to authorize President Barack Obama’s plan to train and arm “moderate” rebels in Syria in opposition to the extremist group known as the Islamic State of Iraq and Syria, or ISIS.

House leaders inserted the approval into a broader short-term spending bill to keep the federal government operating through mid-December. The Senate is expected to approve the bill Thursday night. Officials put a $500 million price tag on Obama’s request; the resolution does not include that funding but would allow the Pentagon to later submit requests to shift money within the budget if necessary.

According to the Associated Press, “The cost generated virtually no discussion among lawmakers, who focused instead on the possible consequences of a new military mission not long after America ended participation in wars in Afghanistan and Iraq.”

Still, despite the amendment’s passage, support for Obama’s plan to give weapons and training to Syrian rebels was not overwhelming.

“Nobody has a better idea,” Rep. Brad Sherman (D-Calif.) told the Washington Post on Tuesday night ahead of the vote.

Lawmakers expressed concerns about the lack of details in the plan, and the possibility of the weapons ending up in the wrong hands—as they have during previous conflicts.

U.S. military officials say there is support within the Pentagon for supplying the rebels with weapons beyond small arms and ammunition, including battlefield artillery, anti-tank rockets and mortars.

That creates a quandary for the United States.

The administration has resisted providing powerful weapons requested by the rebels such as surface-to-air missiles for fear they could be captured or used against the United States or its allies. Should that happen, lawmakers fear being portrayed as authorizing a bill that ultimately helped to kill Americans.

But should the bill provide the rebels with just small arms and ammunition, as originally envisioned earlier this year, lawmakers could be open to accusations they supported legislation that made no difference on the battlefield and was well short of what the rebels needed.

Still, to some, the mission already seems doomed to fail. The Huffington Post reported Wednesday on “deep behind-the-scenes skepticism, ranging from ambivalence to outright opposition, from within the CIA to the administration’s proposal to task the Department of Defense with arming the so-called moderate Syrian rebels.”

“[T]he CIA has already been covertly equipping Syrian rebels at the instruction of the White House,” HuffPo reports, “but has come to find the fighters increasingly disorganized and radicalized as the conflict goes on, with U.S.-supplied arms winding up in the hands of more radical fighters.”

The New York Times notes that “an unusual coalition of antiwar Democrats, more isolationist-leaning Republicans, libertarians and hawks with grave doubts that the training mission will work came together in opposition.”

“It is more complex than just an up-or-down vote on arming and training members of the Free Syrian Army,” Representative Barbara Lee of California, a veteran antiwar Democrat, told the Times. “The consequences of this vote, whether it’s written in the amendment or not, will be a further expansion of a war currently taking place and our further involvement in a sectarian war.”

But with November elections less than two months away, political maneuvering was apparently at the forefront of the debate. According to the Washington Post:

House Republican leaders were given a boost Wednesday morning when the Club for Growth, an influential conservative group, decided not to include the vote on the government funding bill on its scorecard for GOP lawmakers. The group informed House lawmakers in a memo that while it remains opposed to the underlying spending plans, it doesn’t take positions on legislation “driven by foreign policy.”

Also Wednesday, Obama reiterated his pledge not to send ground combat forces—on top of the troops, advisers, and contractors already in place—into the military campaign against the Islamic State, telling troops in a speech at MacDill Air Force Base outside Tampa that he will “not commit you fighting another ground war in Iraq.”