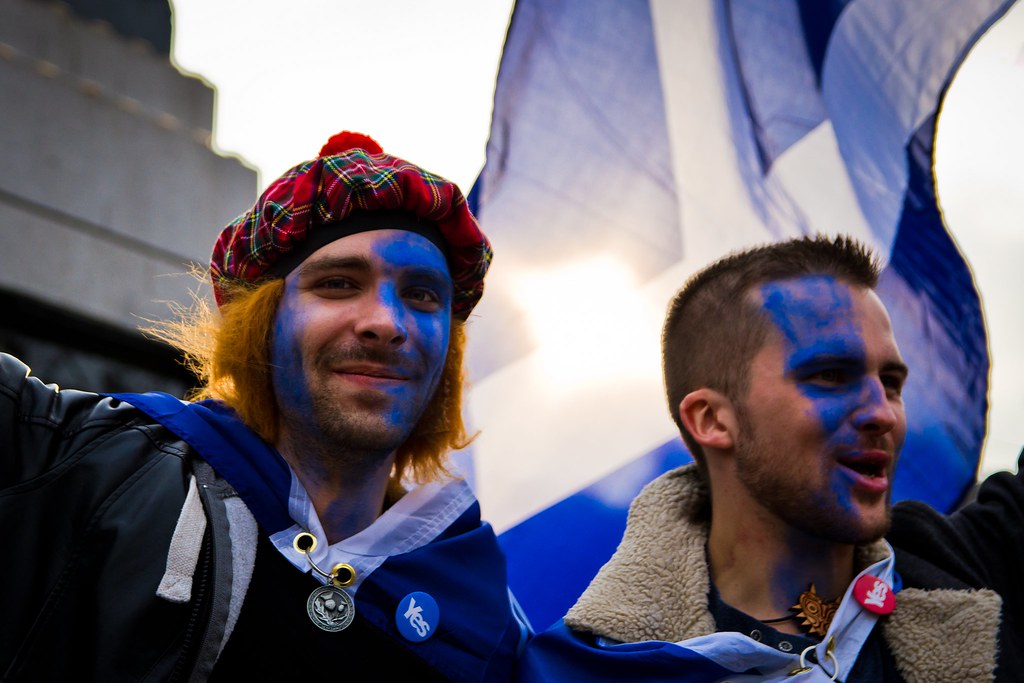 There will be no victory party for Scottish independence. At least not today.

The majority of voters who participated in Thursday’s historic referendum on independence for Scotland decided they would rather stay part of the United Kingdom, with final results showing the 55% who voted ‘No’ overwhelming the 45% who went to the polls and voted ‘Yes.’

Turnout saw as many 85% of eligible voters cast a ballot, but despite the energy and excitement of the ‘Yes’ campaign—which drew the attention of the world for its spirited push to break Scotland’s more than 300-year-old bond with England—it wasn’t enough to convince the more reserved ranks of the majority.

Alex Salmond, head of the Scottish Nationalist Party (SNP), which led the charge for the ‘Yes’ campaign conceded defeat in the early hours of Friday, but said that the overall campaign was “a triumph for the democratic process and for participation in politics” in Scotland.

For his part, British Prime Minister David Cameron welcomed the vote against independence and said he would honor promises made during the campaign, including giving Scottish lawmakers more control over taxes, spending and social services. He also said, however, that the debate over Scottish self-rule or deeper reforms should now be put to rest.

“There can be no disputes, no re-runs, we have heard the settled will of the Scottish people,” Cameron said to reporters outside 10 Downing Street.

The Associate Press reported from Edinburgh:

As dawn broke to lead-gray skies over Scotland’s largest city, the dream of independence that had seemed so tantalizingly close evaporated in the soft drizzle.

George Square, the rallying point for thousands of Yes supporters in the final days of the campaign, was littered with placards and debris of a campaign in which many had invested more than two years of their lives.

“I had never voted before or got involved with politics in any way but this time I thought my vote would count for something,” said truck driver Calum Noble, 25, as his voice cracked with emotion. “I wanted a better country but it’s all been for nothing. I don’t believe we will get any of the things the London politicians promised.”

Largely interpreted as a battle between Scotland’s more progressive political tendencies versus the economic policies of austerity that have ruled British Parliament in recent years, the loss was lamented by those who hoped a victory for independence would usher in a new era. As Ruth Wishart, a Scottish journalist who campaigned on the ‘Yes’ side, wrote at the Guardian on Friday morning:

My personal disappointment is for the loss of an opportunity to prove that Scotland could create a society built on social justice rather than galloping inequity; one which might have inspired all our friends and colleagues in the English cities and regions outwith the South East.

And I feel most acutely for all those people, especially the young and the poor, for whom the Yes campaign brought genuine hope and anticipation. Politics, like life, brings hard lessons. But like life, there are always new beginnings.

According to the Scotsman:

With turn out at well over 80 per cent, the vote saw the economic warnings of the Better Together campaign overcome a powerful and impressive grassroots campaign run by Yes Scotland.

Reacting to the result, the Deputy First Minister Nicola Sturgeon spoke of her “deep personal and political disappointment” saying she had fought the hardest campaign of her life.

Ms Sturgeon indicated she would be prepared to work with the UK parties to deliver more powers to the Scottish Parliament and claimed that the vote was not a mandate for the status quo.

“I will work with anybody and do anything I can to deliver substantial powers for the Scottish parliament, that’s beyond any doubt,” she said.