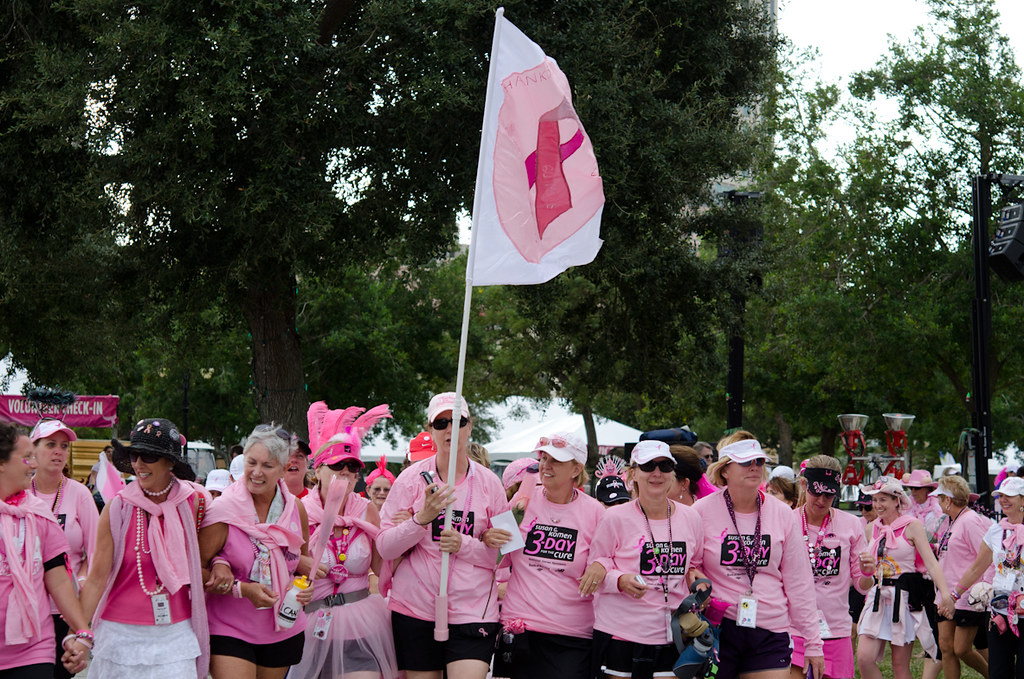 Kim Zobrosky is an eleven year breast cancer survivor. She was diagnosed before the age of 40, a seemingly rare but all-too-common occurrence. Over 25,000 women under the age of 45 will be diagnosed in 2014, nearly 1 in 10 of the estimated quarter million women in the United States.

“A lot of us in this group were under the age of 40,” Kim told South Bend Voice. “We all know what it’s like to be dismissed by the doctor and say ‘You’re just too young for breast cancer.'”

“Our mission as breast cancer survivors is to support, inspire, and educate the community,” Kim says. “We help [survivors] get through their breast cancer journey.”

Their mission is not only to support fellow survivors, but to provide prevention and diagnostic services to women under the age of 40 in the South Bend community. Other breast health programs at United Health Services provide services to women of all ages.

“We support those women on the prevention side and we help them after they have been diagnosed.”

The group provides free diagnostic services to those who are uninsured or whose insurance will not provide it.

The money raised from the firefighters’ efforts will support a fund that helps provide mammograms, ultrasounds, and biopsies to uninsured women. Donations are accepted through mid-October.

“We want to help these women gain access to these tests so that they can get an early as possible diagnosis,” Kim adds, noting the importance of early detection.

“Breast cancers that are found because they are causing symptoms tend to be larger and are more likely to have already spread beyond the breast,” the American Cancer Society says of early detection. “In contrast, breast cancers found during screening exams are more likely to be smaller and still confined to the breast. The size of a breast cancer and how far it has spread are some of the most important factors in predicting the prognosis (outlook) of a woman with this disease.”

The money raised will very likely save lives of people right here in our community. Kim says that the group is “very grateful for all of the support.”

If you are in need of assistance, or would like to know more about the breast cancer support group, you can reach Kim Zobrosky at (574) 247-6047, extension 109.