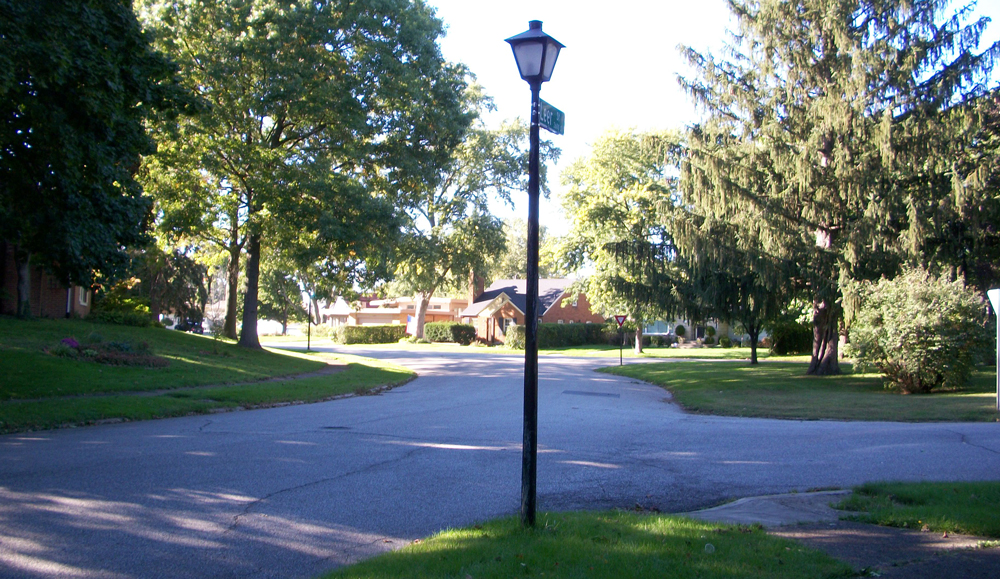 The South Bend Department of Public Works is working to add more street lights to neighborhoods without adequate coverage in the city. It is part of the city’s new “Light Up South Bend” program, which was first announced in mid-July.

The program is being implemented in the LaSalle Park and Keller Park neighborhoods in South Bend. A third area on the city’s south side is being added to the program in early 2015.

That area will be bounded by Michigan Street to the west, Miami Street to the east, Indiana to the north and Donmoyer to the south. Studebaker Golf Course and Riley High School are two locations prominently located in the neighborhood.

City engineers conducted a study that determined 50 new lights were needed in LaSalle Park, 26 in Keller Park, and 70 in the Riley/Studebaker Golf Course area.

“Both to deter crime and to prevent accidents, proper lighting is essential,” says Eric Horvath, director of Public Works. “It’s been a real collaborative effort that has delivered this important service to more South Bend neighborhoods.”

The city’s Department of Public Works studied the issue using GIS software. The city first identified the location of street lights in the study area. They then used the software to create a 100 feet radius buffer between each streetlight on major roads, while it used 125 feet buffers on minor streets. The city will fill in gaps with new street lights.

The chart below shows the necessary number of new lights in the study areas. Some can make use of existing poles. Others will require new poles to install the street lights. 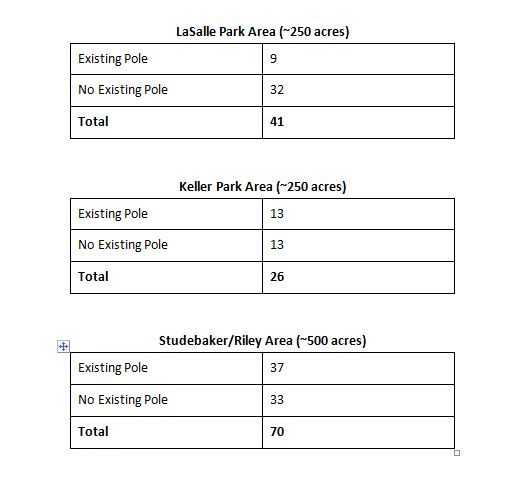