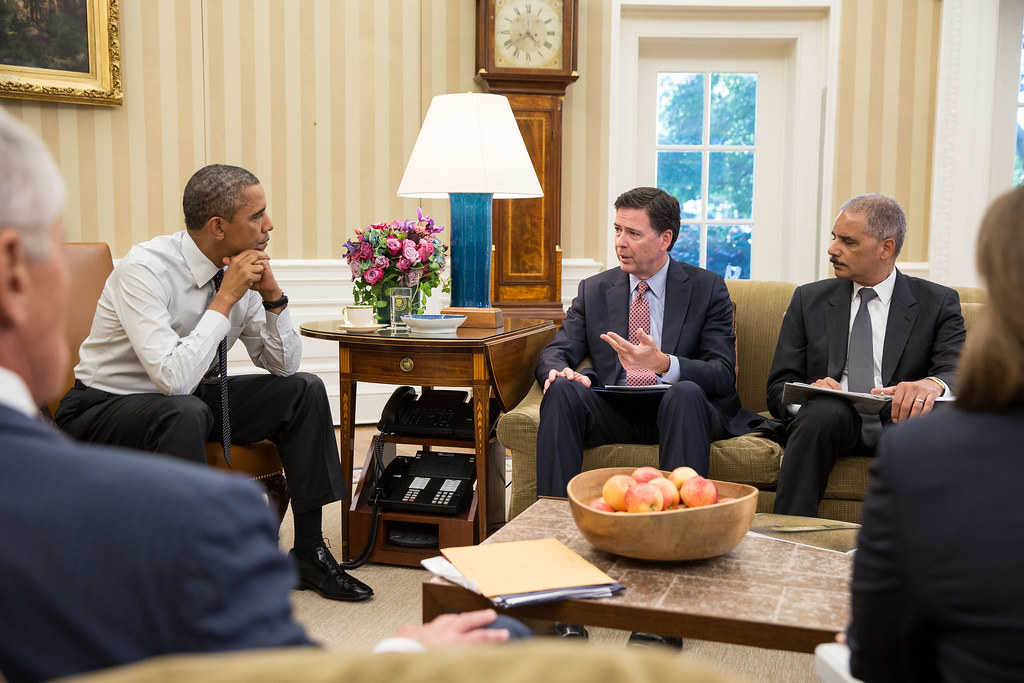 FBI Director James Comey has responded to recent moves by tech giants Apple and Google to offer better encryption services on their handheld devices by suggesting that giving people the ability to protect their private communications from state law enforcement agencies is akin to lawlessness.

In recent weeks both companies have rolled out new software enhancements for their respective smartphones that make it harder for police or federal agents to obtain emails, photos, or call information that may be stored on the devices. The encryption is also designed to protect against fraud, theft, and other digital invasions. The move was widely applauded by privacy rights advocates, who in the wake of revelations about NSA surveillance practices on the U.S. population made possible by whistleblower Edward Snowden say that the American people are rightly concerned about the ways in which government agencies and law enforcement are using digital means to spy on their personal lives.

But in statements on Thursday, Comey criticized the companies. The head of the FBI said that his offices have already been in touch with Apple and Google to express the government’s dismay and told reporters he could not understand why companies would “market something expressly to allow people to place themselves beyond the law.”

Comey’s remarks followed news last week that Apple’s latest mobile operating system, iOS 8, is so thoroughly encrypted that the company is unable to unlock iPhones or iPads for police. Google, meanwhile, is moving to an automatic form of encryption for its newest version of Android operating system that the company also will not be able to unlock, though it will take longer for that new feature to reach most consumers.

Both companies declined to comment on Comey’s remarks. Apple has said that its new encryption is not intended to specifically hinder law enforcement but to improve device security against any potential intruder.

Though Comey may not understand why such devices are increasingly appealing to customers, Apple’s CEO Tim Cook seems to understand the reason very well.

In an open letter that accompanied the company’s announcement of the new encryption service last week, Cook was explicit about understanding his customers’ desires for increased privacy.

At Apple, Cook wrote, “we respect your privacy and protect it with strong encryption, plus strict policies that govern how all data is handled.”

He also addressed the concerns raised over corporate complicity with government agencies that have been raised in the last 16 months, stating, “I want to be absolutely clear that we have never worked with any government agency from any country to create a backdoor in any of our products or services. We have also never allowed access to our servers. And we never will.”

In a blog post that followed both Apple and Google’s announcements to ramp up encryption, the ACLU’s Chris Soghoian called decisions a “step in the right direction.” He explained:

Apple’s new move is interesting and important because it’s an example of a company saying they no longer want to be in the surveillance business–a business they likely never intended to be in and want to get out of as quickly as possible.

This was a big step for Apple, and one that likely required significant engineering work. What is so interesting and smart about this move is that rather than telling the government that they no longer want to help the government, they re-architected iOS so they are unable to help the government. Think of it as Apple playing a game of chicken, and the company has just thrown the steering wheel out of the window.