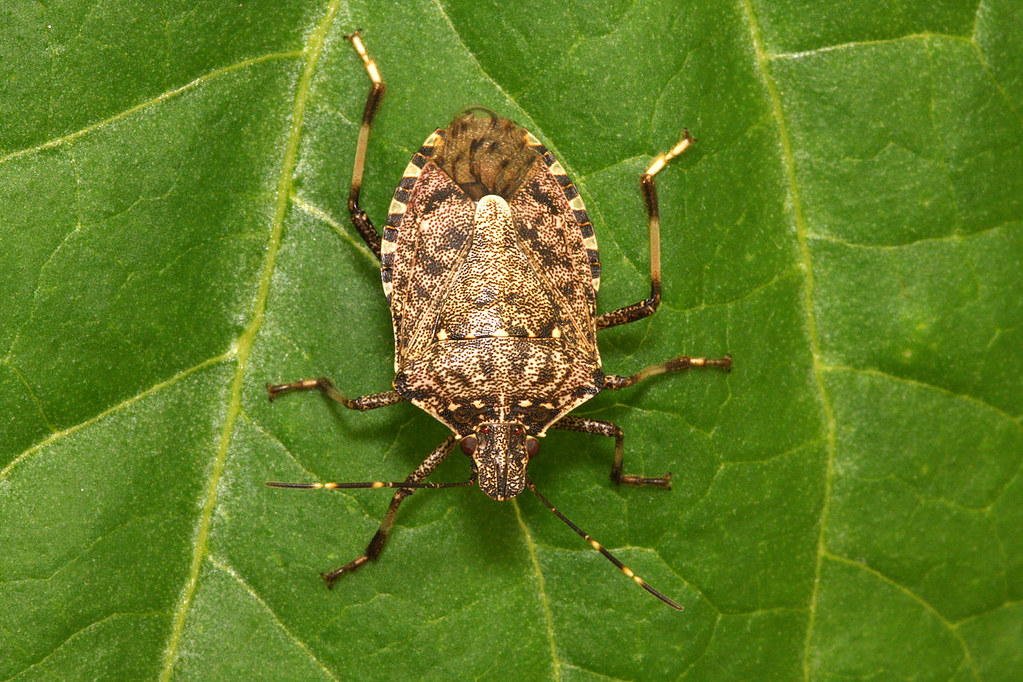 Stink bugs are invading homes in Northern Indiana and across the Midwest right about now, as they have done for the past several years. The invasive species from China, Japan and Taiwan was introduced in the late 90s and has spread across much of the country.

The roughly half inch critters are more of annoyance to homeowners than a real threat, although they do pose problems for farmers.

The brown marmorated stink bug — scientifically known as Halyomorpha halys — eats a variety of fruits and vegetables during the summer, before seeking shelter for winter, usually during the fall months.

The stink bug gets its name from the odor that it releases as a defense mechanism against birds and other predators. Simply touching a stink bug can cause the release of its pungent stench.

Stink bug infestations can sometimes number in the thousands. Their route of invasion is usually through door and window openings.

Once inside the house for the winter, they go into a state of hibernation. Warm temperatures can activate them or prevent them from going into hibernation in the first place. The bugs are also attracted to light fixtures, often swarming lamps and other devices.

Their attraction to light is the main way for homeowners to take control of the infestation. As one homeowner demonstrated in the video that you can watch below, a homemade trap can capture the bugs, stopping them in their tracks.

The device is amazingly simple. All you need is a 2 liter pop bottle, masking tape, a razor and a small LED light. The video below provides step-by-step instructions. While we have not tried it ourselves, it looks like a plausible solution. South Bend Has 12th Most Unpredictable Weather Among Major US Cities