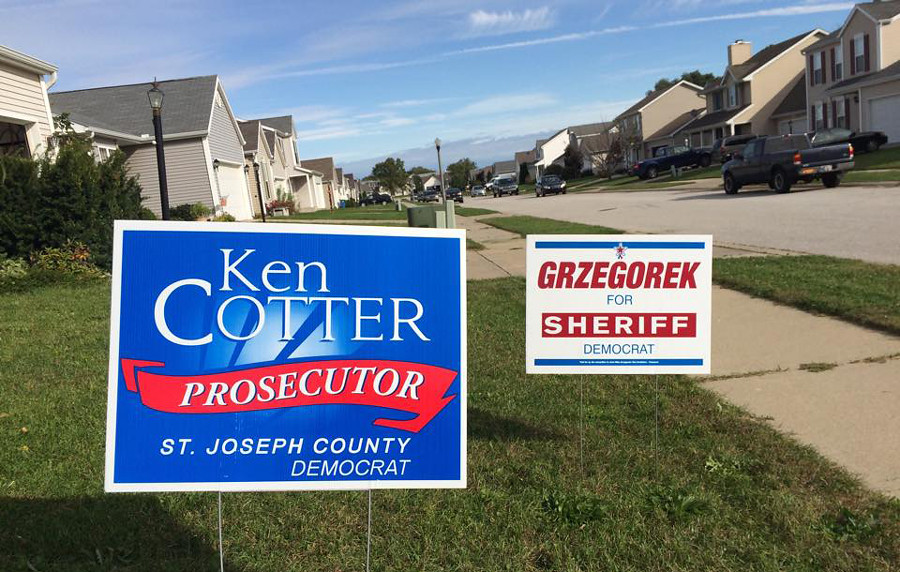 A candidate for St. Joseph County prosecutor is looking to correct an oversight in Indiana election law. Ken Cotter, the Democratic candidate for prosecutor, failed to identify that his yard signs were paid for by their campaign committee.

Indiana law requires that campaign communications, such as yard signs, “contain a disclaimer that appears and is presented in a clear and conspicuous manner to give the reader or observer adequate notice of the identity of persons who paid for and, when required, who authorized the communication.”

The campaign says that they are trying to rectify the violation with labels that identify the campaign committee.

“While it is no defense, it was not intentional on my part or the part of the volunteers who are helping me with my campaign,” Cotter said in a statement.

The campaign says that they have a list of addresses for signs that they delivered. Volunteers will drive to those addresses to put on the new “Paid for by Cotter for Prosecutor” disclaimer.

The Cotter campaign says that they have already reached out to the County Election Board to notify them of the mistake and their plan to correct it.