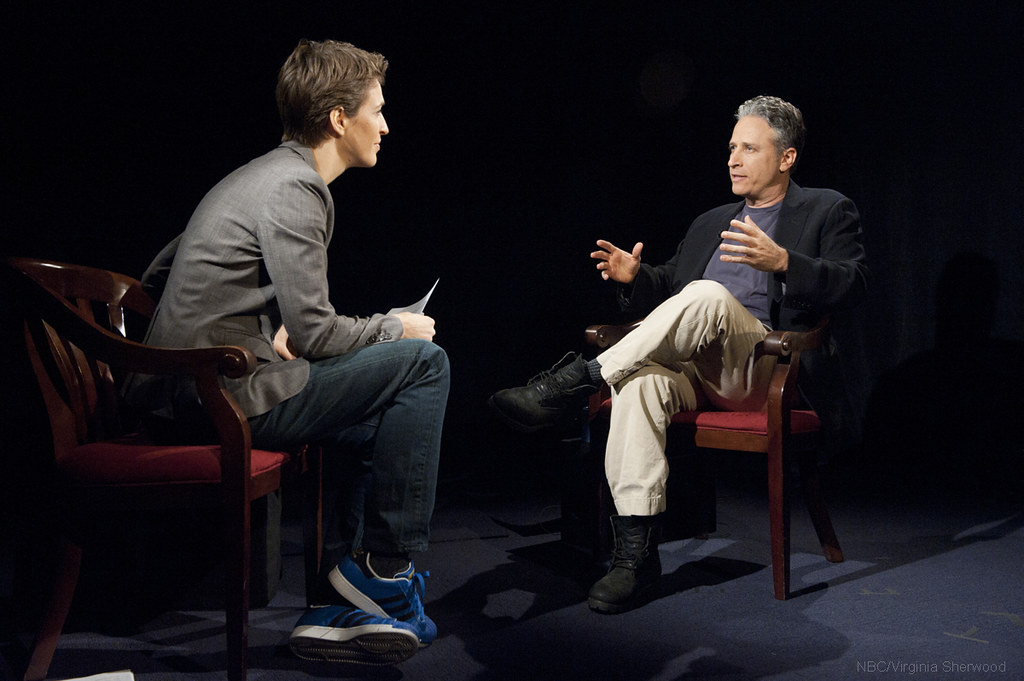 Jon Stewart was a top candidate to replace David Gregory as host of Meet the Press, according to a report from New York Magazine. The late night funnyman has received plaudits for his interview skills and willingness to tackle tough issues.

Meet the Press fell to third place in television ratings behind both CBS’s Face the Nation and ABC’s This Week during Gregory’s time at the helm. The Sunday morning talk show was once the highest rated, reaching its pinnacle under journalist Tim Russert.

According to New York Magazine, NBC believed that the show needed a big shake-up to reclaim its position as the top-rated Sunday show. The energetic Jon Stewart was believed to be an nontraditional choice that would boost ratings among a younger audience.

Before choosing Todd, NBC News president Deborah Turness held negotiations with Jon Stewart about hosting Meet the Press, according to three senior television sources with knowledge of the talks. One source explained that NBC was prepared to offer Stewart virtually “anything” to bring him over. “They were ready to back the Brink’s truck up,” the source said. A spokesperson for NBC declined to comment. James Dixon, Stewart’s agent, did not respond to multiple requests for comment.

It makes sense that NBC would make a run at Stewart. The comedian-cum-media-critic possesses something that broadcast executives covet: a loyal, young audience. And it’s not the first time NBC tried recruiting him. According to sources, NBC Entertainment courted Stewart several years ago for a 10 p.m. variety show (the slot ultimately went to Jay Leno). This April, CBS announced Stewart’s Comedy Central colleague Stephen Colbert will replace David Letterman next year.

Though not a traditional journalist, Stewart can be a devastatingly effective interrogator, and his Meet the Press might have made a worthy successor to Tim Russert’s no-bullshit interviews. During the home stretch of the 2012 campaign, Stewart grilled Obama for his wan presidential debate performance, asking: “Do you feel you have a stronger affirmative case for a second Barack Obama presidency or a stronger negative case for a Romney presidency?” And last October, Stewart’s clinical dissection of HHS Secretary Kathleen Sebelius laid bare the disaster of the Obamacare rollout, from which Sebelius never recovered.