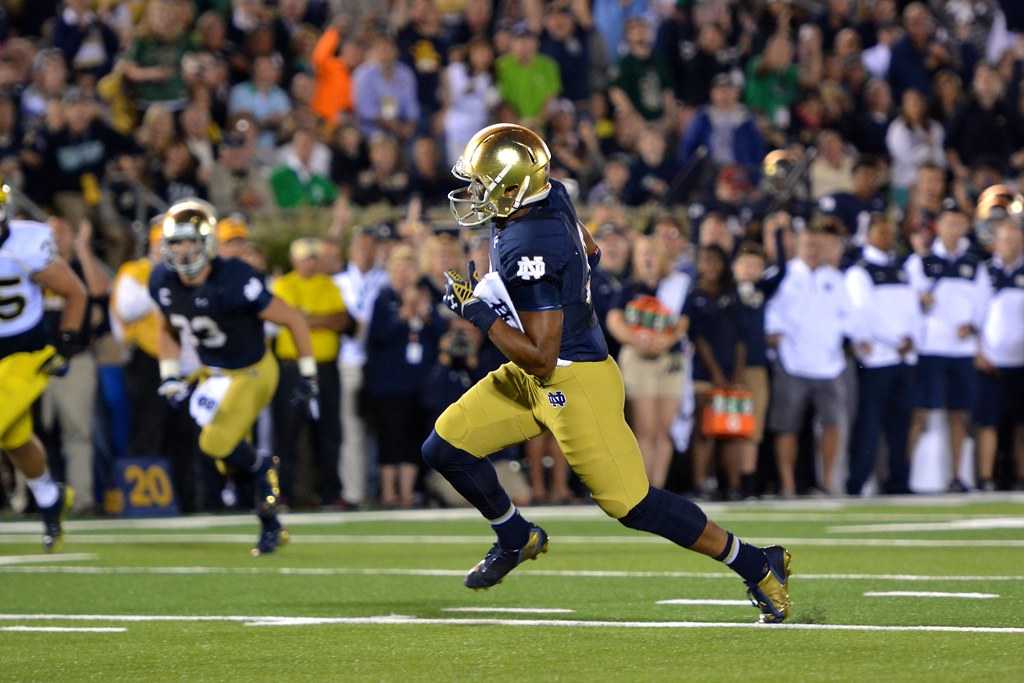 It’s a game that will go down in the history books. Notre Dame went toe-to-toe with Florida State on Saturday in a game that may determine playoff contention for both teams.

Florida State, which struggled to put up positive yardage in the first quarter, responded in kind with their own touchdown. Jameis Winston led the Seminoles in a four play drive that culminated in a touchdown pass to Travis Rudolph.

At the end of the first half, Notre Dame clung to a tenuous 17-10 lead.

The second half had a different tempo. Florida State opened the third quarter with an out-of-the-locker-room touchdown to tie the game up at 17. The next two possessions from Notre Dame and Florida State also resulted in touchdowns, bringing the score to 24 a piece.

A fourth quarter field goal from senior Kyle Brindza put the Irish back on top, but not for long.

The Seminoles took their first lead with a goal line touchdown with only 7 minutes and 37 seconds left in the fourth quarter. Their defense held Notre Dame, who was forced to punt instead of taking a long field goal attempt.

The Irish defense then held Florida State within their own ten yard line, forcing a punt.

Golson got the ball on the 49 yard line with less than 3 minutes to play.

Fourth and 18 with less than 2 minutes to go, Golson passed to Robinson — whose 99 receiving yards and 2 touchdowns led the Irish offense against FSU — got the first down.

Golson goes for the end zone and misses. The next play the Irish get another first down with Fuller going out of bounds to stop the clock. Golson followed that up with a first down run to put the Irish within the ten yard line.

The first play call was a complete pass to C.J. Prosise for no gain with only 26 seconds to go. Coach Kelly called a timeout to stop the clock.

Golson went back to C.J. Prosise, this time for an incomplete pass. The next pass to Prosise was a completion for 6 yards, just short of the goal line.

Facing a fourth down and with time running out, Coach Brian Kelly called another passing play. Golson went to his right, looking for an open receiver. Robinson scored a touchdown — and the Irish began to celebrate a likely victory — before the ACC officiating crew threw a flag, taking back the game-winning touchdown.

The questionable call was offensive pass interference, resulting in a fifteen yard penalty. Golson, whose unlikely fourth down conversion to Robinson was taken back, could not repeat the play from farther back. He threw a desperate pass to the end zone, which was intercepted.

Even with the loss now in the record books, Notre Dame still stands a good chance at making the first college football playoffs. The top four teams in the country — as chosen by a selection committee — will face off after the end of the season. Mississippi State, Florida State, Ole Miss and Marshall are the only undefeated teams left.