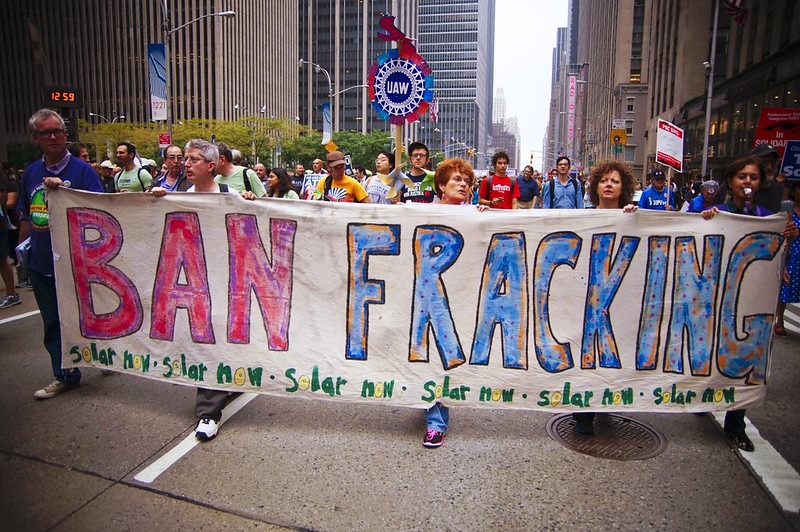 Fossil fuel energy companies have spent over $7.6 million to defeat a measure that would ban fracking in California’s Santa Barbara County.

Measure P, which was brought forth by the Santa Barbara County Water Guardians, would ban “high-intensity petroleum operations,” including fracking, acidizing and steam-injection methods.

Among those donating to the committee against the measure, Californians for Energy Independence, are Chevron, which contributed over $2.5 million, Occidental Petroleum Corporation, which gave $2 million, and Aera Energy, which donated over $2 million, as of October 6.

In contrast, the Yes on Measure P committee states that it has “raised about $300,000 from hundreds of mostly local individuals and volunteers including teachers, farmers, doctors, students, parents and other county residents.” Those contributions are not posted by the California Secretary of State at this time.

Yes on P states that the vast industry spending makes the it “the most expensive local measure in the country.”

Though the pro-ban group states that the majority of the over 1,000 active wells in the county do not use “high-intensity” extraction techniques, it says that old wells could be reworked to take advantage of such methods; in addition, the area sits on top of the Monterey Shale formation, where fracking or acidizing would be necessary.

The Santa Barbara-based Community Environment Council, one of the supporters of Yes on P, states that in passing the measure, the county could serve as an example for the nation in how to work towards a clean energy future.

“As the site of the first major oil spill in the United States in 1969 – which galvanized the modern environmental movement – Santa Barbara has a real as well as symbolic role to play in rejecting the most destructive forms of fossil-fuel production, transitioning to clean energy, and creating a blueprint for other communities to follow,” the groups states on its website.

“We can’t afford to fail,” it continues.

“The failure of Measure P in Santa Barbara County would not only threaten Santa Barbara as a biodiversity hotspot and treasured region, it could also set back the climate change and anti-fracking movements statewide, nationally and even globally. The nation’s eyes are on us with this vote, as other communities face similar concerns,” the group states.