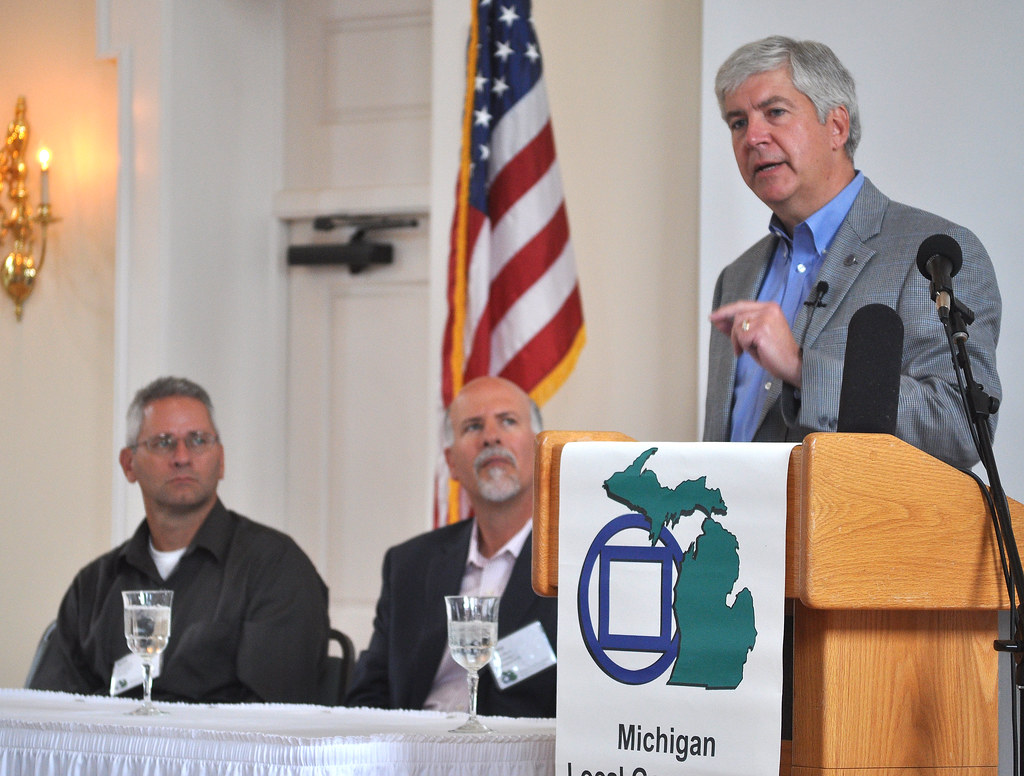 The race for Michigan governor is tightening going into the final weeks of the 2014 campaign. Incumbent Republican Rick Snyder and his Democratic challenger Mark Schauer are now in a dead heat.

The latest poll from Mitchell Research & Communications has Snyder at 48 percent to 46 percent for Schauer, a former Congressman.

“Governor Snyder is inching closer to the all-important 50 percent mark. While the race remains close the governor is only 2 percentage points away from a majority in this poll,” says Steve Mitchell CEO of Mitchell Research & Communications, which ran the poll for Detroit’s Fox 2. “However, since last week, Snyder gained one per cent while Schauer gained two per cent.”

The margin of error is plus or minus 3.23 percent, which means that the race is a statistical tie.

The Pollster.com average — which compiles publicly available polls — has the race within 2 points for Schauer, who has been considered an underdog throughout the campaign. Snyder is averaging 45.4 percent support to Schauer’s 43.4 percent.

Schauer remains competitive due to nearly 90 percent support in Detroit, where budget cuts have crippled the state’s largest city. Detroit became the largest city to file for bankruptcy protection in the history of the United States during Snyder’s tenure. The city of Detroit has cut off water to thousands of its residents who are behind on their bills in the economically stressed city.

In the race for the Senate, Democrat Gary Peters has pulled away as the odds-on favorite. Peters leads Republican Terri Lynn Land in the latest poll 51 to 38. Land is a former Michigan Secretary of State.

“The race for the open United States Senate seat in Michigan has finally begun to crystalize,” Mitchell adds. “Congressman Peters has been at or above 50 percent in 3 out of our last 4 polls.”

Peters and Land are running to fill the open Senate seat being vacated by long-time Senator Carl Levin, who chairs the powerful Armed Services Committee.