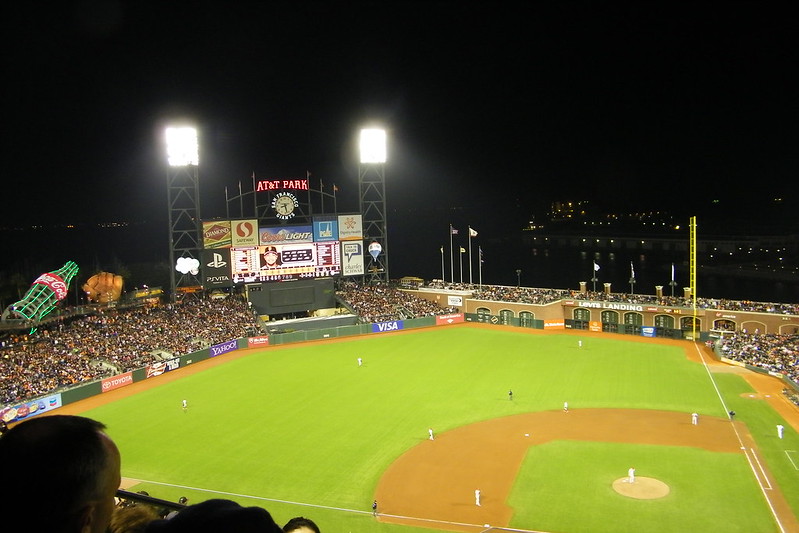 The San Francisco Giants won their third World Series title in five years on Wednesday night. The 3-2 victory over the Kansas City Royals was a close and wild Game 7.

San Francisco scored their first two runs in the top of the second off of a hit by pitch and pair of sacrifice flies.

Kansas City answered in the bottom of the second with a single from designated hitter Billy Butler, which resulted in the Royals’ first run after an Alex Gordon double. Omar Infante — who has struggled throughout the playoffs — sac flied to score Gordon, tying up the game.

San Francisco reclaimed the lead in the 4th with a single from Michael Morse to right field that scored Pablo Sandoval. Morse had a batting average of only .231 in the World Series after an impressive NLCS.

The rest of the outing was a pitcher’s game. Madison Bumgarner

Things began to look sticky for the Giants after a two out error in the bottom of the ninth. Gregor Blanco allowed a hit to center go past him, rolling to the warning track. San Francisco’s left fielder bobbled the ball, allowing Kansas City’s Alex Gordon to cruise to third base in a play that possibly could have resulted in a run.

However, Kansas City’s miracle run was not meant to be. Salvador Perez popped out to end the Cinderella team’s hopes.

Both the Royals and the Giants barely made the playoffs. The two franchises won their playoff berths as Wild Card teams. Kansas City was undefeated going into the World Series, having defeated the Oakland A’s in the single-game Wild Card match-up, and sweeping the best-record-in-baseball Los Angeles Angels — stunning the sports world — as well as the Baltimore Orioles.