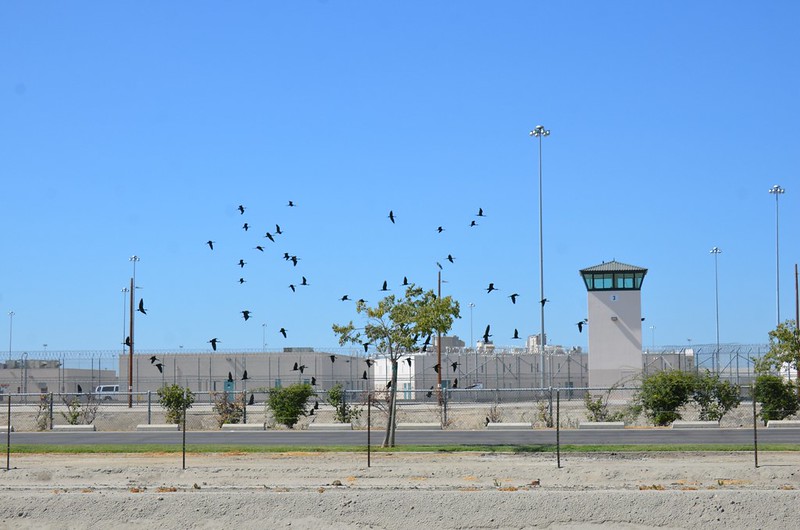 A California public safety measure to reclassify low-level crimes, including drug possession, won a clear victory on Tuesday, as voters paved the way for thousands of non-violent offenders to be resentenced and potentially released from the state’s notoriously overcrowded prison system.

Voting 58.5 to 41.5 percent to pass Proposition 47, California residents “spoke clearly” on the issue of mass incarceration, according to Brian Elderbroom and Ryan King with the Urban Institute’s Justice Policy Center. They wrote, “The current sentencing and correctional system in California is costly and inefficient and voters would prefer their tax dollars to be spent on education and health care rather than incarceration.”

Under Proposition 47, low-level property and drug offenses including shoplifting, theft, and check fraud under $950, as well as personal illicit drug use will be reclassified from felonies to misdemeanors. Because the law will apply retroactively, as many as 10,000 people convicted of these offenses may now be eligible to petition for early release and, by some estimates, state courts will hand out roughly 40,000 fewer felony convictions each year. As stipulated by the law, the estimated $150 million in state savings will be used to support school truancy and dropout prevention, victim services, mental health and drug abuse treatment, and other programs designed to expand alternatives to incarceration.

“This historic vote demonstrates support to advance a public safety strategy beyond incarceration to include treatment and prevention,” said Marc Mauer of criminal justice reform advocacy group, The Sentencing Project.

Reform advocates say that the passage of Proposition 47 will now institute a measure of justice for those communities disproportionately affected by the War on Drugs and tough-on-crime policies, such as California’s infamous three strikes law.

Karen Lang, an organizer for the Community Coalition of Los Angeles, recently told the Los Angeles Times, that prison reform is seen as a “social justice” issue. “We have been punishing crimes of poverty.”

Proposition 47 is one of handful of legislative efforts to reform the state’s prison system, which a 2011 Supreme Court decision said was one of the most crowded and costly in the country. According to The Sentencing Project, the decision in “Brown v. Plata found the provision of health care in the California prison system to be constitutionally inadequate due to the severe overcrowding in the system; the state was required to reduce this figure to 137.5% of design capacity within two years.”

While heralding the passage of Proposition 47, reform advocates note that by tackling low-level sentences the state is only addressing a small percentage of their prison population. According to the Department of Corrections, as of 2013, 70 percent of the California prison population was serving a sentence for a violent offense.

“If Californians want to reduce the prison population to address chronic overcrowding, it is going to take more ambitious policies that reduce time served for serious and violent offenses,” write Elderbroom and King.

According to The Sentencing Project, research has shown that inmates serving life sentences who are released have low rates of recidivism. “Long-term sentencing reform will also need to focus on enacting policies and practices to provide opportunities to distinguish among individual offense circumstances, accomplishments in prison, and degree of risk to public safety,” it reports.

The Sentencing Project concludes: “Coming after a nearly four-decade rise in imprisonment, the substantial reductions in Californian due to changes like Proposition 47 demonstrate the possibility of achieving pragmatic reforms to address mass incarceration.”