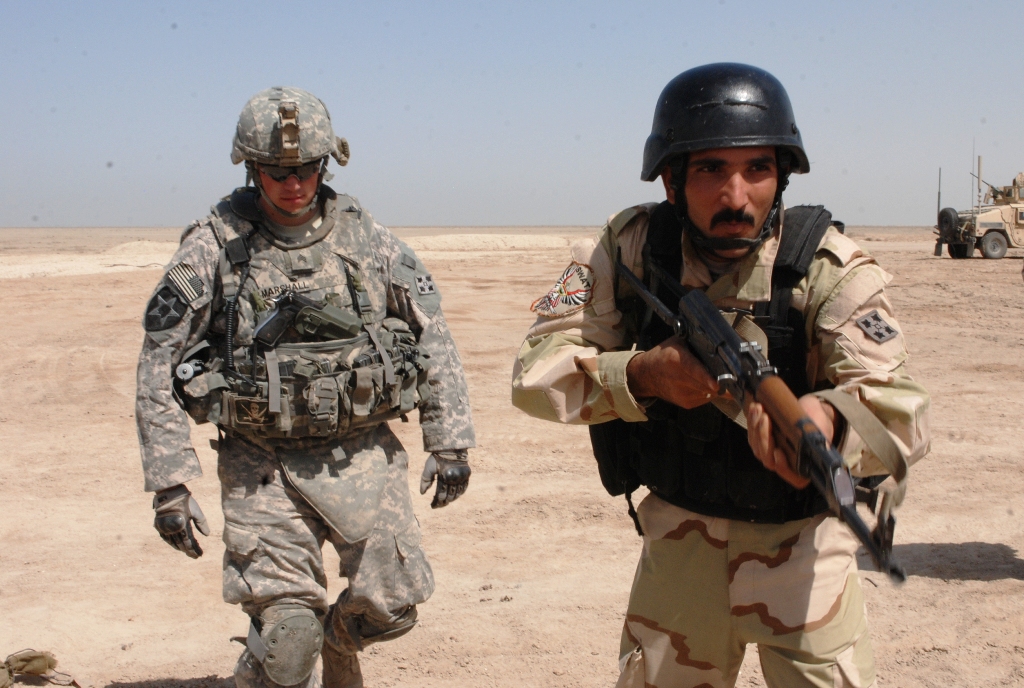 Further undermining his insistence that the U.S. campaign against Islamic State militants will not involve American boots on the ground, President Obama on Friday authorized the deployment of an additional 1,500 troops to Iraq, a plan that would cost $5.6 billion and would more than double the size of the U.S. force in the nation.

“As a part of our strategy for strengthening partners on the ground, President Obama today authorized the deployment of up to 1500 additional U.S. military personnel in a non-combat role to train, advise, and assist Iraqi Security Forces, including Kurdish forces,” the White House said in a statement. “The President also authorized U.S. personnel to conduct these integral missions at Iraqi military facilities located outside Baghdad and Erbil. U.S. troops will not be in combat, but they will be better positioned to support Iraqi Security Forces as they take the fight to ISIL.”

In a news conference, Rear Adm. John Kirby, the Pentagon press secretary, said Defense Secretary Chuck Hagel made the recommendation “based on the request of the government of Iraq, U.S. Central Command’s assessment of Iraqi units, the progress Iraqi security forces have made in the field, and in concert with the development of a coalition campaign plan to defend key areas and go on the offensive against ISIL.”

Kirby said the U.S. military would establish several sites across Iraq to train 12 brigades, including nine Iraqi army brigades and three brigades of the Peshmerga, the security forces who have been attempting to defend Iraq’s largely autonomous Kurdish region in the north.

Anti-war voices said the announcement was evidence of ‘mission creep.’

“For months we’ve been hearing ‘no boots on the ground’ over and over from the administration, but with an additional 1,500, we now have 3,000 American soldiers in Iraq. When will we learn from our mistakes and stop repeating history?” asked CODEPINK co-founder Jodie Evans. “Shame on the President for approving airstrikes without Congressional approval, sending more soldiers to Iraq, giving away weapons that are falling into the wrong hands, and now talking about keeping soldiers in Afghanistan. How did the Peace President become a warmonger?”

The Associated Press reports that “Congress hopes to complete the defense policy bill in the postelection, pre-holiday session and will consider the Iraq funding along with the administration’s request for billions more for military operations overseas. Lawmakers are still pressing the White House for additional details on how the money would be spent.”