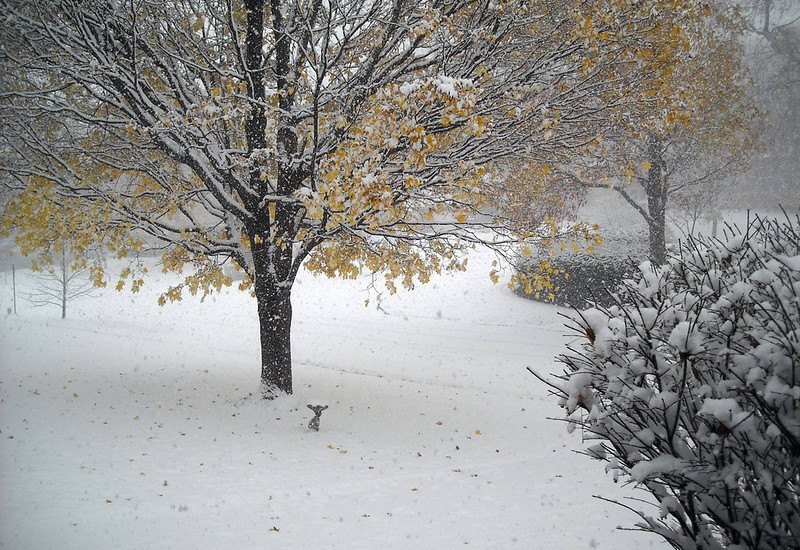 A line of heavy lake effect snow dumped over six inches of snow in sporadic parts of South Bend and Mishawaka on Thursday morning, setting a record for the Northern Indiana city. The old record was 4.7 inches set back in 1974.

A second line of snow later in the day brought the total for the city closer to 9 inches.

The National Weather Service reported during the day that South Bend experienced a record amount of snowfall. The one-day record actually exceeds the city’s snowfall average for the entire month of November.

The normal snowfall for November in South Bend is 4.8" South Bend exceeded that monthly total in 6 hrs today from 7am to 1pm w/ 6.0"

Over six inches had fallen as of 1 pm on Thursday in parts of the city, although totals varied widely across parts of South Bend and the region as a whole.

“That measurement is from the north side of South Bend,” NWS told the South Bend Voice.

According to one report, South Bend’s total approached 9 inches in some parts of the city after a second round of snow hit in the late afternoon.

Meanwhile, other cities in the region were hardly affected at all. The city of Goshen in Elkhart County barely saw any snow.

The snow totals came as a surprise as many local meteorologists were expecting anywhere from a dusting to a couple inches.

“What happened this morning is one band [of lake effect snow] sat over the viewing area,” WSBT’s chief meteorologist Matt Rudkin explained to viewers during their evening newscast.

The snow will continue into the overnight and early evening hours with further accumulation in the range of 1 to 5 inches possible.