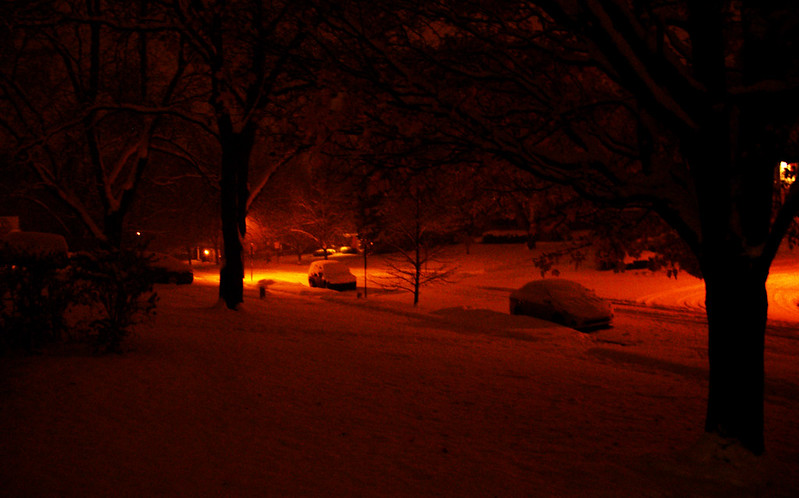 It seems that winter decided to come a little early to Northern Indiana this year. South Bend saw over a foot of snow dumped on parts of the city throughout the day on Thursday, easily beating the single-day record for November 13. The snowstorm packed enough punch to cause serious traffic headaches; 143 accidents were reported.

The snow also provided us with a good opportunity to snap some late night pictures. The south side of town did not accumulate nearly as much as other areas — roughly 5 or 6 inches — but we did capture a few good shots.

Instead of presenting them as they were taken, we thought we would have a little bit of fun and present them like a moody horror film. Why? Because it’s Friday and an early winter frightens the heck out of us. Enjoy your weekend! 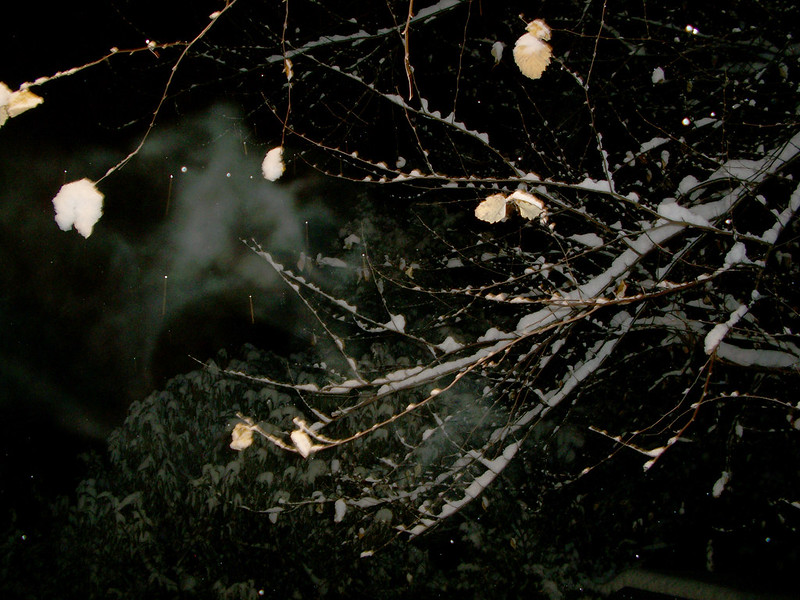 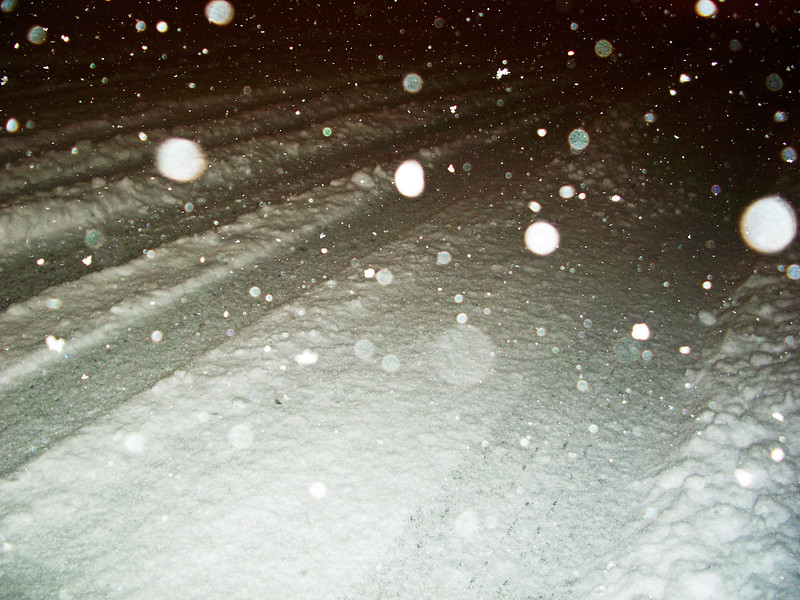 What kind of beast could have possibly made these tracks? Yelp! 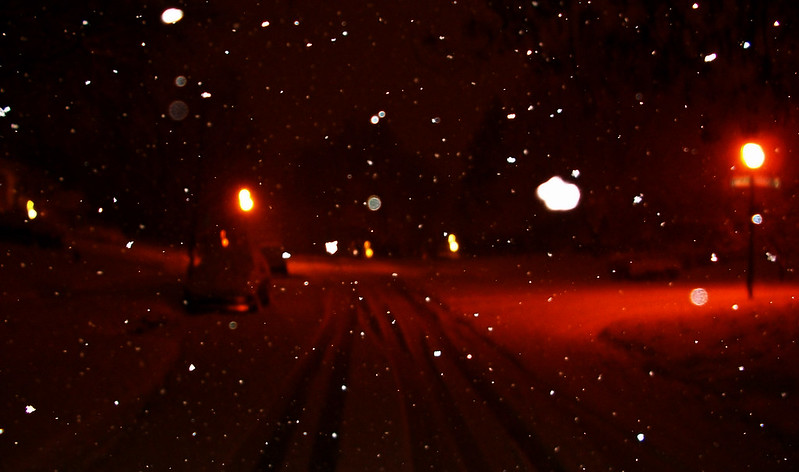 If this were reality TV they would be talking about all of the orbs. It’s snow, people! 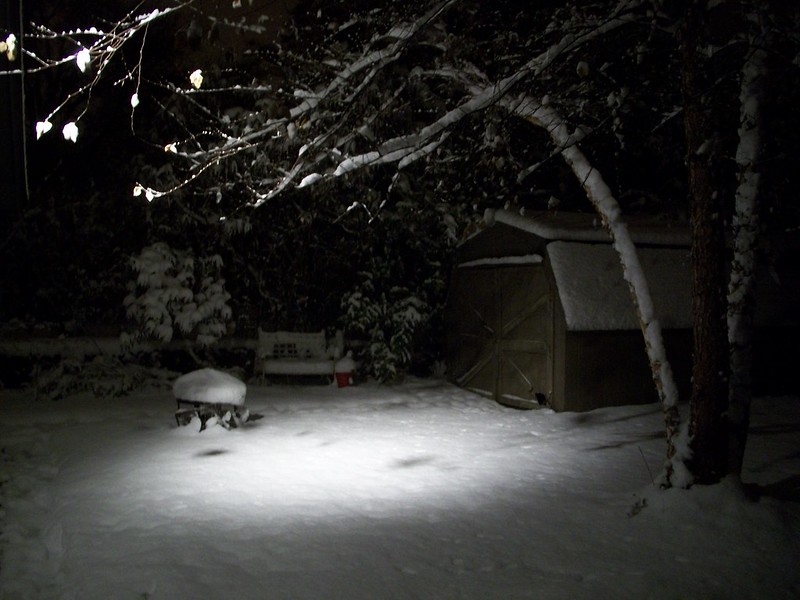 Okay, this isn’t particularly scary. Wait… what’s that in the bushes? 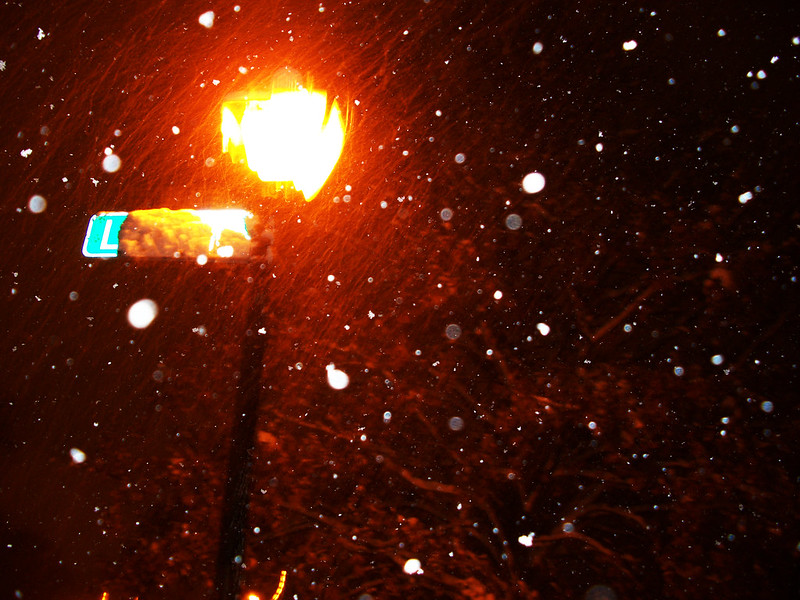 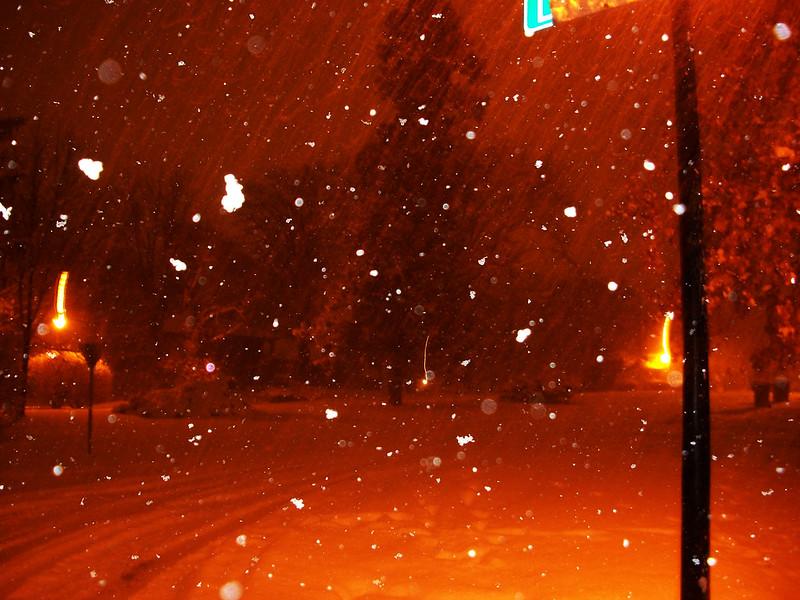 Where are the zombies? You promised zombies, damnit!