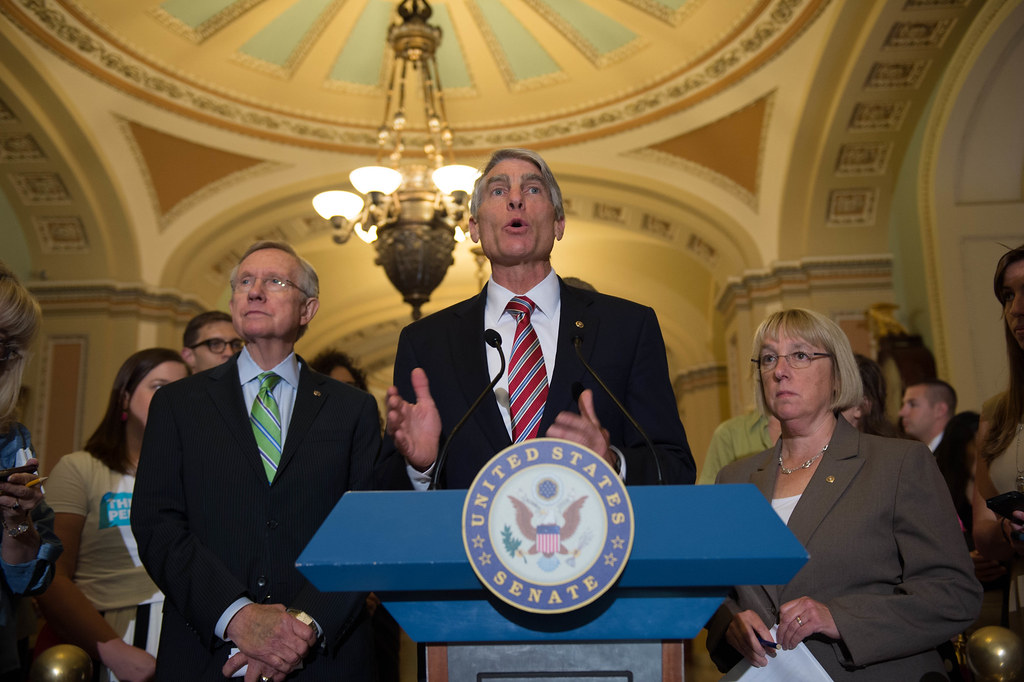 In an impassioned speech on the U.S. Senate floor on Wednesday morning, outgoing Senator Mark Udall (D-Colo.) reiterated his call for the resignation of CIA Director John Brennan and blasted the CIA and the White House for dodging not just accountability, but also the truth.

While he acknowledged that the release of the Senate Intelligence Committee’s report on Tuesday was a “significant, essential step” toward addressing American complicity in torture, Udall said the official response has been both incomplete and disingenuous.

“Director Brennan and the CIA today are continuing to willfully provide inaccurate information and misrepresent the efficacy of torture,” Udall said. “In other words, the CIA is lying.”

What’s more, he said, “the deeper, more endemic problem lies in a CIA, assisted by a White House, that continues to try to cover up the truth. It’s this deeper problem that illustrates the problem we face today: reforming an agency that refuses to even acknowledge what it has done.”

Warning of the danger of “not reckoning with the past,” Udall said “the CIA cannot be its best until it faces the serious and grievous mistakes of the Detention and Interrogation Program. And for President Obama, that means taking real action to live up to the pledges he made early in his presidency.”

The speech—a swan song for the senator from Colorado, who lost his bid for re-election to Republican Cory Gardner in November—drew comparisons between the so-called ‘Panetta Review,’ a secret and controversial historical examination of CIA torture by ex-CIA director Leon Panetta that Udall exposed last year, and the report released Tuesday.

“In my view, the Panetta Review is a smoking gun,” Udall charged. “It raises fundamental questions about why a review the CIA conducted internally years ago and never provided to the committee is so different from the official Brennan response and so different from the public statements of former CIA officials.”

For example, he offered, “the Panetta Review found that the CIA repeatedly provided inaccurate information to the Congress, the president, and the public on the efficacy of its coercive techniques.”

While the CIA claims that such methods yielded intelligence, Panetta’s analysis revealed “how detainees provided intelligence prior to the use of torture against them,” Udall said, and that the agency “tortured detainees before trying any other approach.”

“The Panetta review further identifies cases in which the CIA used coercive techniques when it had no basis for determining whether a detainee had critical intelligence at all,” the senator added, publicizing classified information not known until now. “In other words, CIA tortured detainees to confirm they didn’t have intelligence, not because they thought they did.”

Udall expressed disappointment in President Barack Obama for failing to follow through on his pledge to end torture. He also called on the president to “purge his administration of high-level officials who were instrumental to the development and running of this program,” declassify the Panetta review as well as the entire CIA torture report, and propose legislation that codifies his executive order prohibiting torture.

“There has been no accountability for the CIA’s actions or for Director Brennan’s failure of leadership,” Udall said. “Despite the facts presented, the President has expressed full confidence in Director Brennan and demonstrated that trust by making no effort at all to reign it in.” Joe Biden: “I like Dick Cheney… I think he is a decent man.”