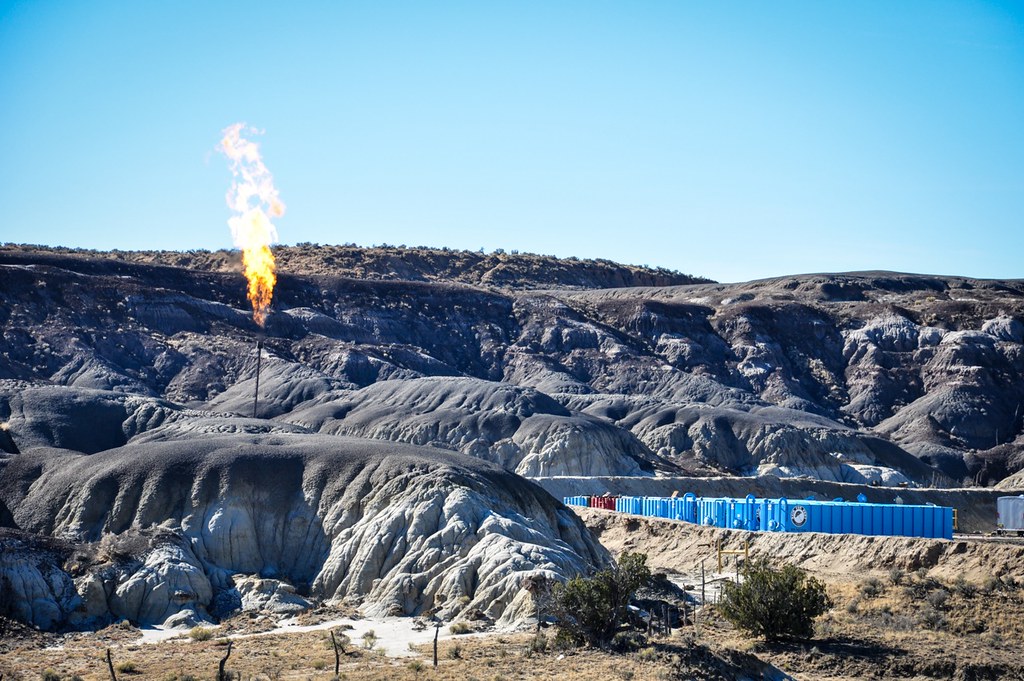 A monstrous cloud of accumulated methane—a potent greenhouse gas—is now hovering over a large portion of the western United States according to satellite imagery analyzed by NASA and reported by the Washington Post.

Created by years of intentionally released and errantly leaked natural gas during fossil fuel drilling operations, the cloud — invisible to the human eye but captured by advanced satellite imaging technology — is centered over northwest New Mexico and described by the Post as “a permanent, Delaware-sized methane cloud, so vast that scientists questioned their own data when they first studied it three years ago.”

So alarmed by the size of the plume were scientists, NASA researcher Christian Frankenberg told the Post, “We couldn’t be sure that the signal was real.”

Though there is considerably less of it put into the atmosphere each year, methane is twenty times more powerful as a greenhouse gas than carbon-dioxide or CO2.

The accumulation of methane is not a new problem, but one that appears to be worsening as hydraulic fracture drilling (or fracking) and other intensive fossil fuel extraction operations continue to soar in the southwest region of the country. The latest NASA analysis of the phenomenon put the approximate “average extent of the gas plume over the past decade at 2,500 square miles.” Frankenberg pointed out that this estimate pre-dates the most recent gas and oil drilling boom now underway in the southwest.

Though the industry has longed ignored the dangers of so-called gas “flaring”—in which excess methane is simply burned off during oil and gas drilling or processing—environmenalists and climate scientists have long been sounding the alarm about methane’s impact when it comes to global warming and other ecological hazards. And though natural gas has been heralded as a cleaner alternative to coal, numerous studies have shown that though gas burns cleaner than coal, the ability of gas to escape during extraction and transportation, the cumulative greenhouse impact could be equal or worse than coal.

Using available data, this graphic was created by the Post: 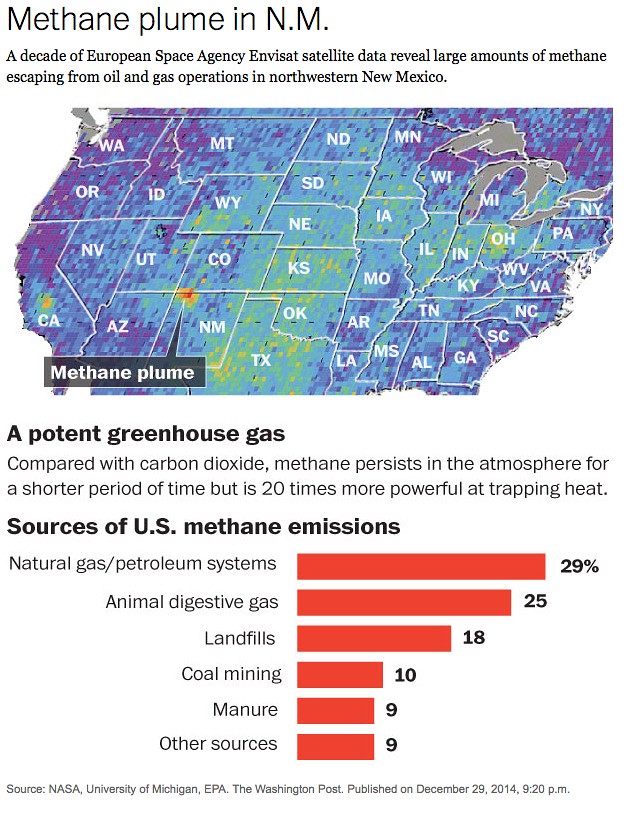