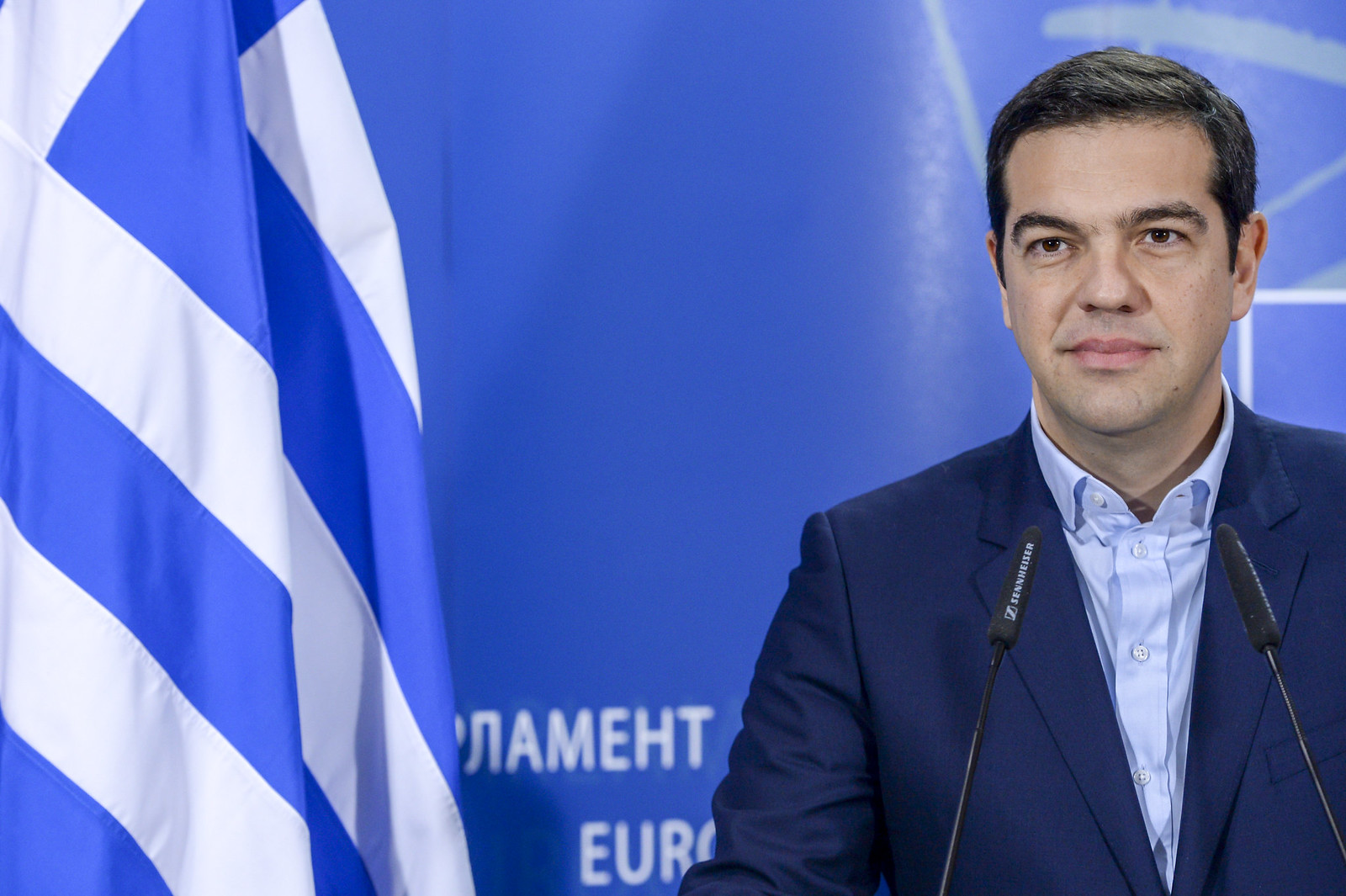 The victory of a leftist, anti-austerity party in Greece may feel like a world away for most Americans. The small southern European country is over 5,000 miles away from Indiana — twice the distance from here to Los Angeles — and separated by a vast ocean.

Yet the country’s importance should not be understated. Greece has a big impact on the European economy due to the interconnectedness of the European Union and the Eurozone. In turn, a sharp economic decline in Europe would certainly negatively affect both the United States and the broader global economy.

To get a real sense of what the Greek elections mean, though, requires some historical context.

The country has had a long and somewhat rocky political history since World War II with Nazi occupation followed by a civil war between communists and right-wing nationalists who had support from the US. When a left-of-center government was poised to take power after elections in 1967, the military staged a coup, leading to a dictatorship. The modern Greek democracy arose after the dictatorship fell in 1974, bringing with it a relatively stable political period.

The most recent political upheaval in Greece is firmly rooted in the global economic downturn, the country’s debt crisis, and the austerity measures that were enacted in its wake. Those debt levels — which neared 200 percent of GDP in recent years — reached unsustainable heights due to a combination of the global recession of 2008, high debt levels during years of strong economic growth, and political corruption.

The country’s leading center-right and center-left parties guided Greece through the recession as part of a coalition government, instituting forced budget cuts as part of a bailout package put together by the “troika” of Eurozone countries, the European Central Bank and the International Monetary Fund. Greece was expected to cut its deficits through structural reforms and the privatization of government assets in exchange for nearly €240 billion over four years — which would be paid back with interest.

But the structural reforms came at a huge cost for average Greek citizens: cuts to basic services, mass unemployment, and a worsening economy. It’s a story repeated across much of the continent where governments have pursued austerity policies.

To make matters worse, austerity has resulted not in balanced budgets but continued massive deficits due to a stagnated economy that the deficit-cutting exacerbated.

Voters, at least in Greece, have finally taken their frustrations to the ballot box.

Syriza, the leftist party that won a historic election victory one week ago, is the first true anti-austerity party to win in Europe. The party’s 40 year old leader — Alexis Tsipras — is now the Prime Minister of Greece. Once a Communist Party youth activist while in college, many of those closest to Tsipras are Marxist and even Maoist in their political orientation.

As for whether Syriza represents the radical leftist threat that it is portrayed in the media, the reality appears to be far more complicated.

“36 percent of Greek voters are not Marxists. Most of those who voted for Syriza are probably social democrats. They’re people who are tired of seeing their incomes cut, their pensions cut, and their health care system no longer working… And so they reacted to that,” says Neovi Karakatsanis, a political science professor at Indiana University South Bend whose expertise is in European politics.

While acknowledging that some Syriza party members are “radical leftists,” they do not represent the broader movement of people who brought Syriza to power.

“In terms of those who voted for the party, you have middle class Greeks who are just as capitalist as you and I, who own property, who own businesses, who go to church — some do, some don’t,” she says.

Syriza and its leader have evolved — and will likely continue to evolve now that they are in power. And despite the extreme economic hardships and the emergence of a leftist party, there are no signs of a similar situation to 1967, even though Golden Dawn, a far-right neo-Nazi party whose leaders have praised the former Greek dictatorship, came in third place with 6.3 percent of the vote.

“What has happened with this election, at least, is that in order to be elected to government, the party [Syriza] had to essentially get the electoral support of voters that in the past would have voted for PASOK,” Karakatsanis says, referring to a center-left party in Greece. “I think it has had to moderate quite a bit to attract voters in order to make it into office and now that it is in office, it’s moderating even more as it has to deal with the situation that the country finds itself in.”

PASOK is the left of center party that was willing to collaborate with the conservative New Democracy party to see Greece through its European bailout terms after the 2012 elections. The PASOK-New Democracy coalition implemented austerity measures that proved extremely unpopular with voters. Those center-left voters who might have in the past supported PASOK instead cast a ballot for Syriza.

If Syriza does indeed moderate its message, it would be following a similar trajectory as PASOK, which had a fairly radical platform in the 1980s that included leaving NATO and the European Union (at the time the European Community), and for American military bases to be closed. The party ended up moving more towards the center.

It’s a tough balancing act for Syriza, which faces an electorate that Karakatsanis says both wants an end to austerity and to remain a part of the Eurozone. The frustration of Greeks is reflected in the vote, a reaction to years of declining standards of living. Incomes have steadily fallen and unemployment has remained stubbornly high at 25 percent with youth unemployment hovering around 40 percent.

Syriza — which would prefer to write off the country’s debt and increase government spending to combat mass unemployment — seems likely to instead renegotiate terms of the bailout.

The leftist party came within just two seats of obtaining an outright majority in the Greek parliament. It found itself in the unusual position of partnering with the right-wing nationalist and socially conservative Independent Greeks party to form a governing coalition.

“These two parties, Syriza and the Greek Independents, have one thing in common and that’s that they’re both opposed to austerity,” Karakatsanis says. “In the end, Syriza just found another party that expressed its frustration with austerity.”

While Syriza opposes austerity due to the cuts in social programs and economic stress that it puts on working class Greeks, the Independent Greeks oppose austerity because they see it as a threat to Greek sovereignty.

The mutual disdain for austerity was not enough for the Independent Greeks to form a governing coalition with Syriza, though.

A stipulation of the coalition means that Syriza — which is in favor of the separation of church and state and removing a tax free exemption for religious institutions — was forced to agree to not touch the issue as a condition of the governing coalition.

In a break from tradition, Tsipras hosted a secular swearing-in ceremony instead of the typical Greek Orthodox ceremony. Despite the move, the leader of Syriza has been careful not to disrespect the country’s religious population. Tsipras has met with religious leaders, including the Archbishop of Athens, in recent months, building relationships even as his party has promised to disentangle government from the church.

The secular ceremony was not unexpected, either. Tsipras is openly atheist and neither of his children have been baptized.

“It is hard to be Greek even culturally and not participate in some ways in some of the festivities that take place around Greek religious holidays. But you don’t have — by and large — large segments of the population that are deeply religious. Greeks are kind of religious in a non-religious way, if you will,” says Karakatsanis, who is herself natively from Greece.

Syriza — which takes a permissive stance on immigration — has agreed to not touch that issue as well due to opposition from their right-wing governing partners.

“He [Tsipras] had to give up certain ideological positions — certain positions that were in his own platform — to be able to get this party to join the coalition. He’s given up on a number of principles already,” Karakatsanis notes.

Among the many potential pitfalls in the political arrangement between Syriza and the Independent Greeks is the issue of Turkey.

Syriza has named Panos Kammenos, the Independent Greeks’ party leader, as the country’s new Defense Minister. Shortly after the announcement, Kammenos prompted a Turkish fighter jet to be scrambled after the new defense minister dropped wreaths from a helicopter over uninhabited islands near Turkey’s coast. The two countries have long had a tense relationship. Syriza had vowed to build stronger relations with Turkey but the appointment of a nationalist as defense minister will make such a goal quite difficult to achieve.

Ultimately, the only issue that will define Syriza’s current government will likely be how its anti-austerity policies are put into place and whether or not they succeed in changing the course of European politics. Syriza’s leftist allies in Spain — the Podemos party (Spanish for “We can”) — are well-positioned for victory in that country. Other anti-austerity parties may emerge elsewhere across Europe.

Karakatsanis sees both Syriza and the troika striking a deal, even though she does not believe that the party will succeed in bringing a complete end to austerity. She sees a lower interest rate and possibly an extension of the payback period on loans to reduce the cost of payments as possible options that both sides could agree on.

“For Greece, this is a lot of money. For the European Union, Greece is a little state. The money itself that Greece owes is probably not ultimately the biggest factor. The biggest factor for the European Union is ‘if we allow Greece to get away with it. If we allow Greece not to pay back the money that it owes us — and if we establish that as a precedent — who’s going to be next? Is it going to be Spain?’ And so I don’t think the Europeans are going to be willing to forgive the debt. They may be willing to renegotiate a little bit,” Karakatsanis concludes.

The question becomes: who blinks first? Will it be the Europeans, led by Germany — whose hardline austerity measures have crippled any semblance of an economic recovery on the continent — or will it be the “radical leftists” now leading Greece?

If Syriza is either unable or unwilling to renegotiate the debt, the consequences could be devastating. Default would almost certainly force the country out of the Eurozone, resulting in a run on the banks. Greece would have difficulty finding anyone to accept a new currency, wrecking their own economy and destabilizing Europe’s already fragile economy even further.

It’s an outcome that no one seems to want — not even the party that has vowed to end austerity once and for all.