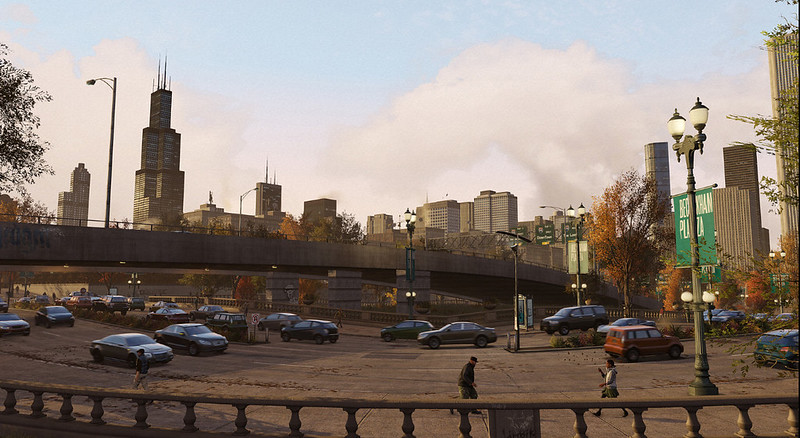 New York, Los Angeles, London and Miami have all been re-created as open world, digital environments. Specifically, they have been virtual playgrounds for gamers in video games such as Grand Theft Auto and The Getaway. Chicago, America’s third largest metropolis, has not received the same digital treatment — until now.

Ubisoft’s Watch Dogs was released last month for PC, PS3, PS4, Xbox 360 and Xbox One. It takes place in a dystopic version of the Windy City where a police state dominated through constant surveillance monitors the movement of citizens, invades their basic privacy, and abuses its own power for political gain. While a few years ago Watch Dogs would have sounded more sci-fi than modern reality, it’s not all that farfetched anymore with the NSA collecting literally every cellphone record and emails en masse.

What you might not have known is that Ubisoft has re-created Chicago in an impressive, life-like manner — at least in The Loop. Yes, there are some liberties taken on the exact placement of popular landmarks, and locations outside of downtown Chicago do not appear to be all that well thought out, but Chicago residents and veteran Windy City visitors will spot popular destinations without much effort. We’re going to take a look at a few screenshots highlighting the game’s Windy City authenticity.

The famous Sears Tower (or Willis Tower, as it was officially renamed a few years ago) is pictured in our first screenshot. It appears to be taken from Lake Shore Drive buttressing Lake Michigan in an area between Grant Park and Millennium Park, two of Chicago’s largest parks. Only part of the city’s skyline is shown but you can make out the Trump Tower to the left of the streetlight on the right side of the shot. The tall gray building to the right of the streetlight is the Aon Center. All three are amongst the tallest in the Western hemisphere. Only this year did the Freedom Tower in New York City surpass the Sears Tower as the tallest skyscraper in the Western hemisphere. The Sears Tower had the distinction as the world’s tallest — not just the tallest in the hemisphere — for several decades. 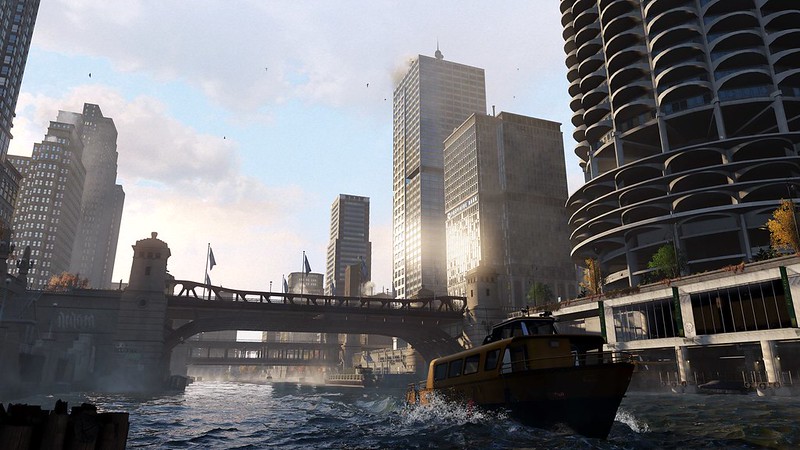 The second screenshot is taken along the Chicago River where numerous folding bridges allow traffic to flow freely. They are raised in the fall and spring to allow larger vessels to retreat from the harsh winters on Lake Michigan. The honeycomb/corn cob looking building is a 1960s era structure was conceived as a city within a city with housing units, a movie theater, and other amenities. At the time, it was state-of-the-art.

Fun fact: the city reverse-engineered the Chicago River from flowing into Lake Michigan to flowing south, eventually into the Mississippi. Why? They didn’t want their waste being dumped into their main fresh water source, Lake Michigan. The canals connecting the Chicago River to the Mississippi have also had an unintended negative consequence: the Asian carp, an invasive species that devours food and space, pushing out native fish, has been caught only miles away from Lake Michigan. If they successfully breach the lake, the entire Great Lakes ecosystem is potentially at risk. 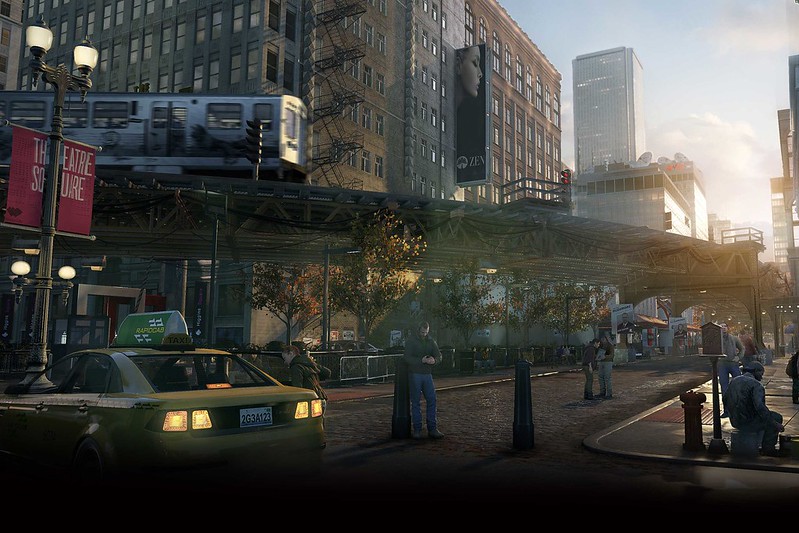 “The Loop” gets its name from a circular elevated train track around downtown Chicago. It’s a heavily trafficked part of the CTA train system with stops every couple blocks. It also acts as a transfer point between Brown, Pink, Purple, Blue and Orange Line trains. You’ll often hear locals refer to these elevated tracks as the “El”. The sign on the street post indicates that this is Chicago’s theater district, second to only New York. 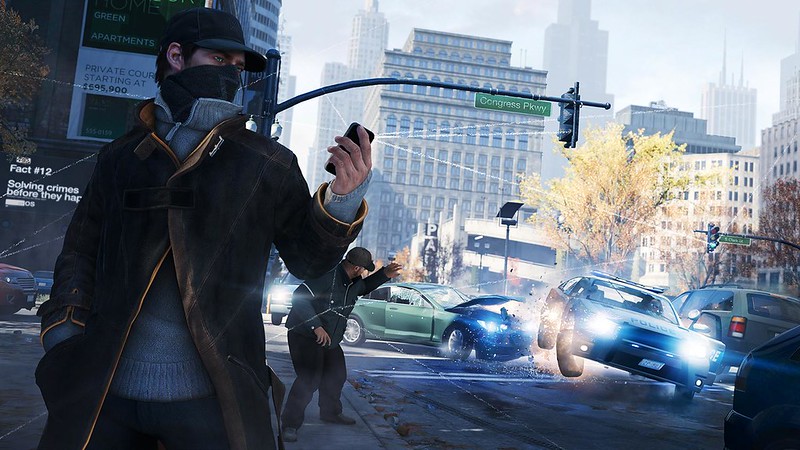 Congress Parkway is a major east-west thoroughfare in the Loop. It intersects a number of significant downtown streets such as State Street and Michigan Avenue, a.k.a. the “Magnificent Mile”, Chicago’s version of Fifth Avenue high-end shopping. 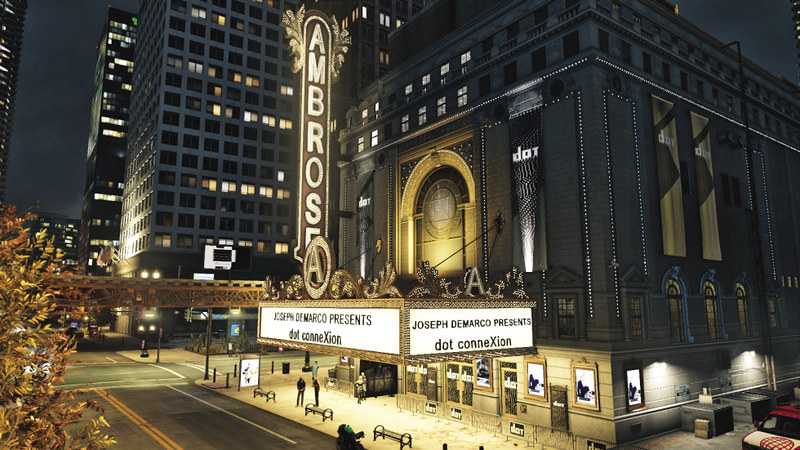 The Ambrose Theater is a similar recreation of the famous Chicago Theater located in The Loop. The Chicago Theater’s marquee is a popular stop for photographers, as it is an unofficial marquee for the entire city. The 3600 person theater was built in 1921 and still holds concerts, stand-up comedy, and other performances to this day. 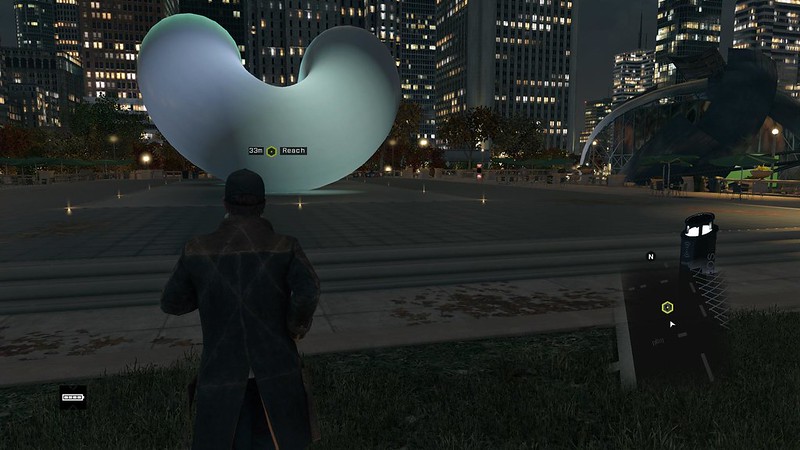 Cloud Gate, colloquially known as “The Bean”, is a landmark in Millennium Park. The bean-shaped sculpture is meant to resemble liquid mercury. It reflects downtown monuments along Michigan Avenue. The thousands of tourists who flock to Cloud Gate every day often snap photos underneath, where the shiny metallic surface gives a distorted reflection. Also pictured are the Aon Center, Chicago’s fourth-tallest building, and Pritzker Pavilion, a popular outdoor concert venue.

This article originally appeared on our sister site Game Freaks 365.