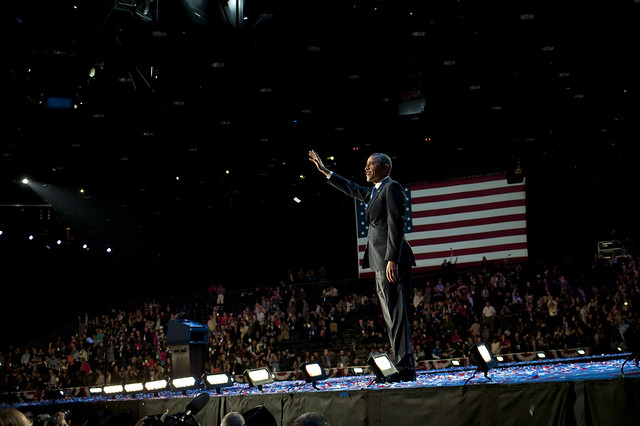 President Obama said today that he would no longer wait on House Republicans to pass a comprehensive immigration bill as thousands of migrant children remain mired in a bureaucratic jungle that has placed them in inhospitable care. The mostly teenage children have fled their homes in Mexico and Central America where violence and endemic poverty create harsh conditions with few hopes for opportunity.

After waiting for more than a year on House Republicans to act on a Senate bill that passed last summer, the president says that he will act on his own through executive orders. Obama called out Speaker of the House John Boehner for refusing to push the Senate bill — or an alternative — in an election year. In response, the president has instructed the Homeland Security Secretary, Jeh Johnson, and Attorney General Eric Holder to provide him with options before the end of the summer. He did not specify what kind of action that he might take to alleviate the plight of undocumented youth or those facing deportation.

“Today, I’m beginning a new effort to fix as much of our immigration system as I can on my own, without Congress,” President Obama said during a speech outlining the executive action. “Pass a bill. Solve a problem,” he told Congress. “Don’t just say ‘no’ on something everybody agrees needs to be done.”

In addition to the mounting crisis on the border, deportations of undocumented adults are causing the separation of US citizen children from their migrant parents. Immigration and Customs Enforcement reported to the Senate in April that 72,000 deportations of adult parents took place in 2013 alone. A report from Family Unity Family Health estimates that there are some 4.5 million American citizen children who have at least one parent that is undocumented. These parents are at risk of deportation on any given day. There is currently no legal pathway for these parents to obtain citizenship short of marrying an American citizen — and even that is a process that could take many years.

The US Chamber of Commerce, a traditional ally of Republican politicians, has come out in support of immigration reform. The Chamber’s president, Tom Donahue, went so far as to say that Republicans should not even run a candidate in 2016 if they do not pass an immigration bill out of the Republican-controlled House of Representatives. Conservative evangelical groups, another powerful Republican interest group, have backed reform vigorously. Democratically-aligned labor unions also support an immigration bill.