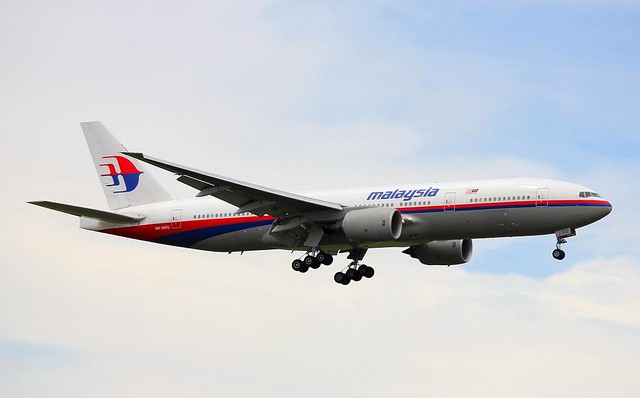 A Malaysia Airlines jet carrying 295 passengers crashed on Thursday near the Russian border in rebel-controlled eastern Ukraine. The flight was on its way to Kuala Lumpur from Amsterdam.

According to the Associated Press, Anton Gerashenko, an adviser to Ukraine’s Interior Minister, claimed on Facebook that a surface-to-air Buk Launcher was used to shoot down the plane. The plane reportedly did not enter Russian air space.

Ukrainian President Petro Poroshenko, who won 54 percent of the vote in a recently held emergency election following the ouster of former President Viktor Yanukovych, said Thursday that “we do not exclude that this plane was shot down, and we stress that the Armed Forces of Ukraine did not take action against any airborne targets.”

President Obama said in a brief statement that the incident was a “terrible tragedy”. The State Department and other federal agencies are working to confirm if American citizens were on board the plane.

Video of the downed aircraft has surfaced on YouTube and is being broadcast on CNN. It reportedly shows the plane crash over Ukraine after being hit by a missile.

This is the latest tragedy involving Malaysia Airlines this year. In March, a Malaysia Airlines jet bound for Beijing from Kuala Lumpur went missing. Flight 370 carried 239 passengers and crew. It has not been found.