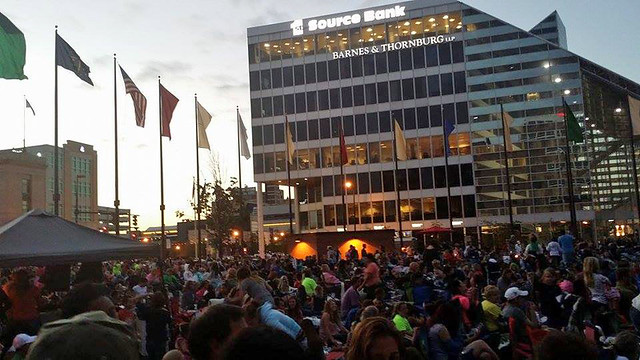 Friday night was filled with family fun in downtown South Bend. Close to a thousand fans of Disney’s hit animated film Frozen showed up for a free showing on the grid iron at the former College Football Hall of Fame. Families packed the field with blankets and popcorn for the 9:30 pm showing.

Hundreds of young girls, many dressed in their finest princess outfits, waited in line to meet with the movie’s main pseudo-villain, Elsa. The Disney princess took photographs and signed autographs from her royal carriage. 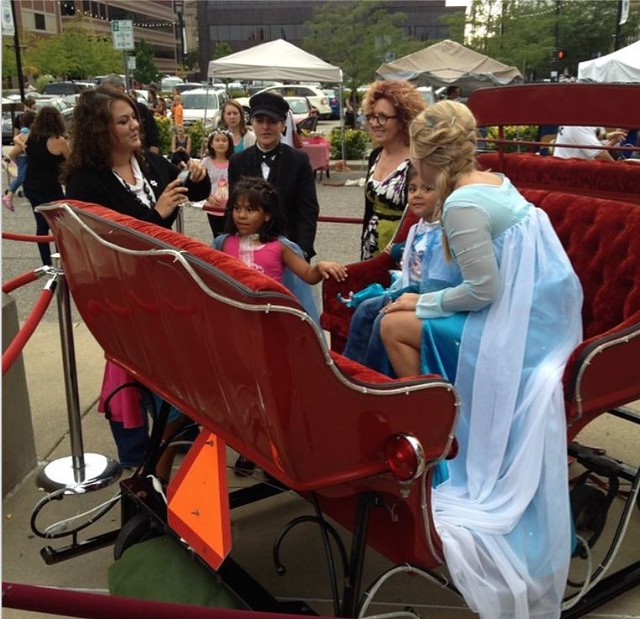 The event is part of a host of summer events hosted by DTSB, a non-profit “dedicated to the continued growth and prosperity” of the city’s central business district. South Bend’s elected officials, business and civic leaders have made a concerted effort to boost engagement and make downtown a destination for the entire region to eat, play and live.

Frozen is the second in a three-part summer film series at Gridiron Plaza in downtown South Bend at the corner of Washington and Michigan Street right next to the South Bend Chocolate Café. The next film will be Steven Spielberg’s modern-day classic Jurassic Park. The showing for that dinosaur-themed adventure will be held on Saturday, August 23 at 9:30 pm, weather permitting. It is free and open to the public.