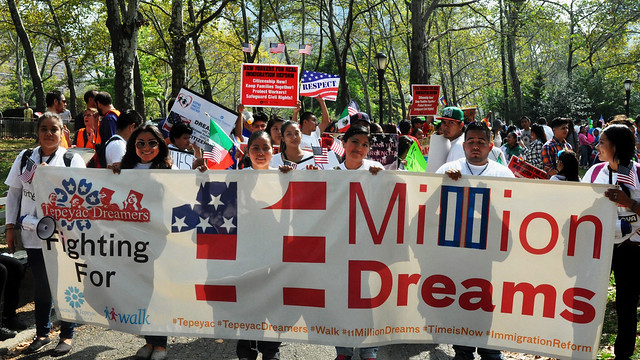 Undocumented workers are not eligible to receive Social Security benefits, but a new report shows that they paid over $100 billion into the program over the past decade.

Unauthorized workers are paying an estimated $13 billion a year in Social Security taxes and only getting around $1 billion back, according to a senior government statistician.

Stephen Goss, the chief actuary of the Social Security Administration (SSA), told VICE News that an estimated 7 million people are currently working in the US illegally. Of those, he estimates that about 3.1 million are using fake or expired social security numbers, yet also paying automatic payroll taxes. Goss believes that these workers pay an annual net contribution of $12 billion to the Social Security Trust Fund.

The SSA estimates that unauthorized workers have paid a whopping $100 billion into the fund over the past decade. Yet as these people are in the US illegally, it is unlikely that they will be able to benefit from their contributions later in life.

Immigration reform opponents often cite taxes and welfare as two of their main reasons for opposing any form of legalization. Not only are undocumented immigrants barred from receiving any form of means-tested government assistance — including Medicaid, Medicare, food stamps and TANF — most legal immigrants are not even eligible for these programs for several years.

If undocumented immigrants provide the benefits of cheap labor and billions in taxes without the accompanying cost of welfare programs, why even legalize them in the first place?

The Immigration Policy Center has found that the 550,000+ Deferred Action (DACA) recipients — young college age students who were granted work permits and protection from deportation from the Obama administration — have positively contributed to their communities and the economy as a whole. More than 60 percent of those surveyed for the report had found new employment since being approved for DACA; 45 percent saw wage increases. 57 percent obtained driver’s licenses, which not only means that they have access to better jobs at farther distances, but also that they are legally driving on the road with insurance to protect other drivers. DACA recipients have opened bank accounts (49 percent) and been approved for credit cards (33 percent).

In other words, DACA recipients are putting money back into the economy. These students are contributing their talents to society, opening businesses, and saving in banks — which can then be reinvested into their community through loans. Numerous studies have shown that immigration is good for the economy. A 2007 report from the Bush administration found that immigrants contributed $37 billion to the economy each year. Aside from being morally right to stop exploiting undocumented workers, legalizing them would be good for the economy as a whole. Tax Day 2021: Here’s a friendly reminder that tax returns aren’t due until May 17