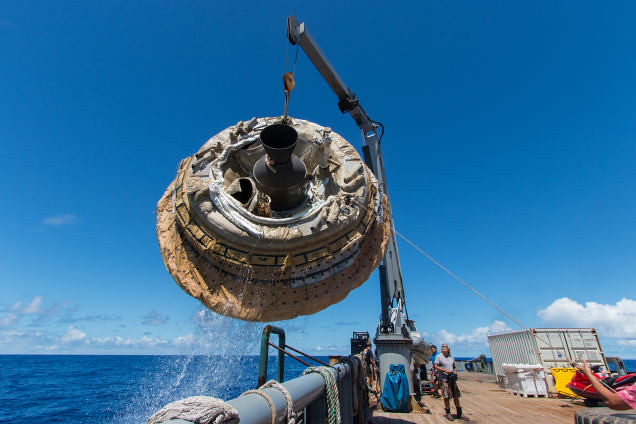 NASA’s Jet Propulsion Laboratory has released a high-definition of a flying saucer test in the Earth’s upper atmosphere. Officially called the “Low Density Supersonic Decelerator”, the vehicle will one day safely carry heavy payloads to the surface of Mars.

NASA is planning three key tests for the Low-Density Supersonic Decelerator: the one shown in this video “was designed to test the launch vehicle itself, while the next two flights are designed to evaluate prototype landing technologies for future Mars missions. That means that the primary mission for the first test flight this weekend was really straightforward: to prove that the saucer-shaped test vehicle can actually fly, a key preliminary step in using it to test out new technologies for Mars landings. If it also served as a test for the landing technologies, that’s a research-bonus.” Watch Mars Evolve Over Billions of Years in Just 2 Minutes